Survey: Record 1 in 50 residents in Japan is a foreign national 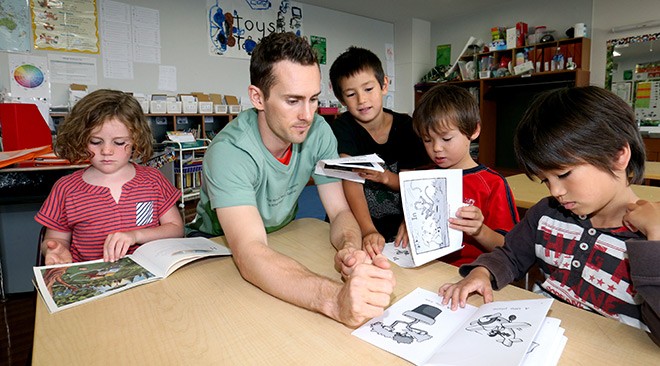 All classes are held in English at an international school in Niseko, Hokkaido, as the number of foreign residents has increased. (Asahi Shimbun file photo)

Foreign nationals now make up 2 percent of the population in Japan, while the number of Japanese residents declined for the 10th consecutive year.

The figures, released by the internal affairs ministry on July 10, were compiled from a population survey based on the resident registry system.

Meanwhile, the population of foreign residents as of Jan. 1 reached about 2,667,000, accounting for a record 2.09 percent, up from 1.96 percent of the previous year.

The figure increased by about 170,000, or 6.79 percent, marking the fifth year in a row the foreign population has increased.

The Japanese population declined by about 430,000, compared to the previous year, the largest decline since 1968 when such statistics started being kept, and the 10th year in a row of decline since its peak in 2009.

The number of non-Japanese residents increased in all 47 prefectures. In 10 prefectures, including Shimane, Kagoshima and Kumamoto, the number increased by more than 10 percent.

Among the factors the increase can be attributed to is the addition of "caregiving" as a category under the central government's Technical Intern Training Program in November 2017.

The government introduced a new "specified skills" work visa category in April this year. As many as 345,000 trainees are expected over five years to acquire the new status, including those already living in Japan who change their status from technical intern trainees.

In the past four years, the number of foreign nationals living in Japan has risen by more than 100,000 each year, and the trend is expected to continue.

The Japanese population increased in five prefectures, with about 70,000 added in Tokyo, followed by Kanagawa, Okinawa, Chiba and Saitama prefectures. The other 42 prefectures saw a decrease.