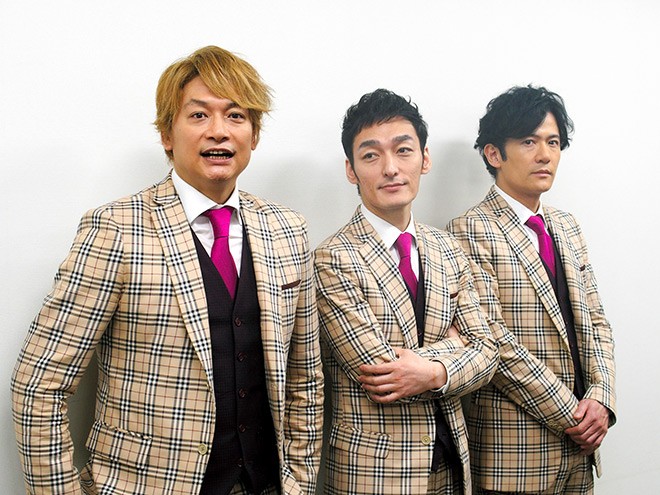 The Fair Trade Commission informed Johnny & Associates Inc. that it might be violating the Anti-Monopoly Law by pressuring TV stations to shut out former SMAP members who left the talent agency, sources said.

The FTC conducted a hearing investigation after receiving information that TV stations were under pressure to prevent Goro Inagaki, Tsuyoshi Kusanagi and Shingo Katori from appearing on TV programs.

The agency denied the allegations on its official website.

“It is not true that we put pressure on TV stations, and we did not receive administrative measures or warnings from the FTC for violations of the Anti-Monopoly Law,” the agency’s message said. “But we take seriously the fact that we were under an FTC investigation. We would like to be careful from now to prevent any misunderstandings.”

The FTC’s cautionary measure came after Johnny Kitagawa, the founder of the powerful agency, died on July 9 at the age of 87.

A caution is a preventive measure that the FTC can take to avoid possible violations of the Anti-Monopoly Law, which prohibits behavior that hinders the free signing of contracts.

The anti-monopoly watchdog noted that if Johnny & Associates’ behavior toward the TV stations continues unabated, it could end up violating the law, the sources said.

SMAP, a male idol group that was a fixture in Japan’s entertainment industry for decades, broke up on Dec. 31, 2016. Three of the former members, Inagaki, Kusanagi and Katori, left the agency in 2017 and formed a group called “Atarashii Chizu” (a new map) to restart their activities.

They each had their own regular TV show, but those programs all ended by March this year.

In the 118 cases that the FTC dealt with in fiscal 2017, it found illegal conduct in 13 of them and issued cease and desist orders. It sent warnings over suspected violations of the law in three of the cases and issued cautions in 88 cases.