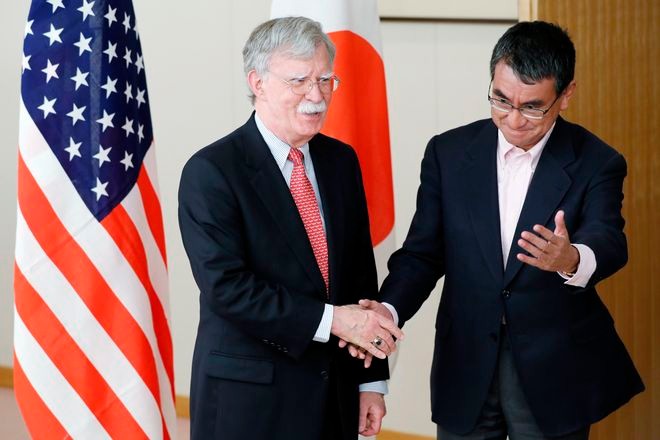 U.S. National Security Adviser John Bolton has held talks with Japanese officials, presumably to discuss a U.S.-led military coalition to safeguard shipping in the Strait of Hormuz amid escalating tensions in the region.

Japan, whose use of force is limited to self-defense of itself and its allies under its pacifist constitution, is cautious about a military coalition.

Prime Minister Shinzo Abe says he wants to learn more about Washington's intentions before deciding if or how Japan can cooperate.

Bolton, after meeting with Japanese Foreign Minister Taro Kono on Monday, said they "covered a lot of ground," but did not elaborate.

Bolton might also discuss an escalating spat between Japan and South Korea over trade and wartime labor issues.