Public wants Abe to focus on social security, not the Constitution 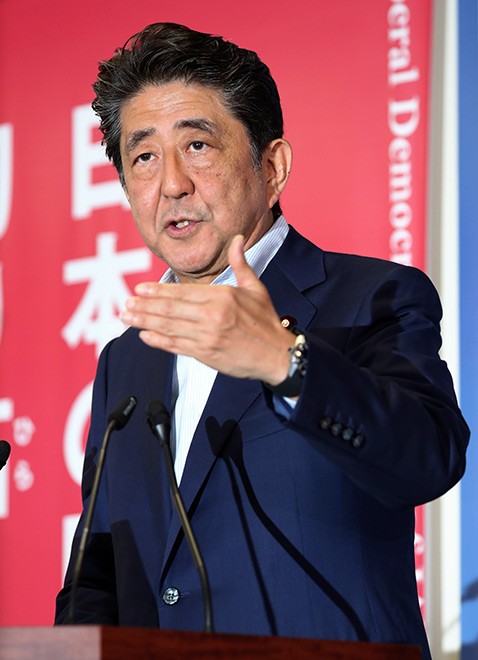 Social security, including the pension system, is what the public wants Prime Minister Shinzo Abe to put the highest priority on, while constitutional revision is the least, a survey showed.

The survey gave respondents five options to choose from regarding issues they want Abe to prioritize on going forward.

Thirty-eight percent chose “social security, including pensions.” That was followed by “education and child-rearing” with 23 percent, “economic conditions and employment” with 17 percent and “diplomacy and national security” at 14 percent.

“Constitutional revision,” one of Abe's stated goals, was the lowest with 3 percent.

Even among respondents who voted for the ruling Liberal Democratic Party (LDP) in the proportional representation segment of the July 21 election, 39 percent chose social security, while 4 percent selected constitutional revision.

As a result of the election, the Upper House members that support constitutional revision failed to secure a two-thirds majority in the chamber, which is required for the Diet to put the revisions to a national referendum.

The camp includes not only the ruling parties of the LDP and its junior coalition partner, Komeito, but also the opposition Nippon Ishin (Japan Innovation Party).

As for the failure, 43 percent said, “It was good (that the pro-amendment members failed to secure a two-thirds majority),” while 26 percent replied, “It was not good.”

Among supporters of the Abe Cabinet, 31 percent said that it was good, while 43 percent replied that it was not good.

Among people who do not support the Abe Cabinet, 66 percent said that it was good, while 14 percent replied that it was not good.

The survey also asked respondents about whether they support constitutional revision under the Abe administration. Thirty-one percent said they support it, while 46 percent answered that they do not.

The survey also asked, “Regarding policies that Abe will proceed with, are expectations higher (than anxieties)?” Fifty-five percent said that anxieties are greater. The figure was much higher than the 32 percent who replied that expectations are greater.

The same question was also posed in a similar survey conducted after the previous Upper House election in 2016. At that time, 48 percent said that anxieties are greater, while 37 percent replied that expectations are bigger.

The percentage of people who said that anxieties are bigger increased from three years ago.

Abe has about two years remaining in his term as LDP president. Concerning the expiration, the survey asked, “Until when do you want Abe to continue to serve as prime minister?”

Fifty-six percent of respondents said, “I want him to continue to do so until his current term (as LDP president) expires.”

The survey also asked respondents about the opposition parties.

The approval rate for the Abe Cabinet stood at 42 percent, unchanged from a similar survey conducted on July 13 and 14. The disapproval rate was 35 percent, up from 34 percent.

The survey was conducted among eligible voters chosen at random by computer.