VOX POPULI: Passing A-bomb experiences on is a tough, but essential task 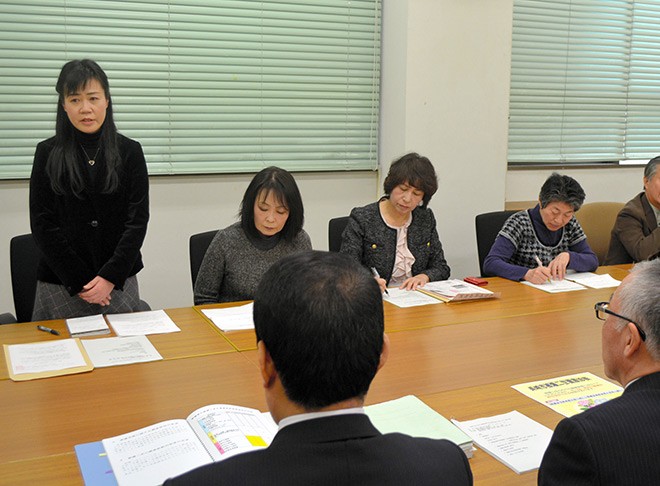 In June, Hitomi Takamori, a Nagasaki resident, took two grandchildren with her to the neighboring city of Isahaya, Nagasaki Prefecture, where she took part in the cleaning of a small park.

Takamori, 58, is a second-generation survivor of the atomic bomb that was dropped on Nagasaki 74 years ago today.

Hundreds of atomic bomb victims were taken to the park, where their bodies were cremated, Takamori told her grandchildren--one a third-grader and the other a kindergartner--in a way she thought they would understand.

Takamori is a member of the Isahaya association of second-generation atomic bomb survivors, which is affiliated with the Nagasaki Atomic Bomb Survivors Council.

She had never been involved in the activity of atomic bomb survivor groups. She changed her mind about seven years ago, when she had an opportunity to go through the procedures for the official recognition of her mother, Kinuyo Tanaka, 82, as an atomic bomb disease sufferer.

That was when she asked her mother to give detailed accounts of the circumstances of her atomic bomb experience.

Her mother was 8 at the time. She was at home and knocked off her feet by the force of the blast from the explosion.

So many details of the accounts were news to Takamori. She thought she finally knew why her mother covers her ears when there is thunder and why she is so afraid of lightning.

Her mother becomes reticent when the subject turns to the atomic bomb. When Takamori was receiving infertility treatments and when she was diagnosed with cancer, her mother said deploringly, “You are having all this because I was atomic bombed.”

Research institutions say the atomic bombing has been found to have no hereditary effects that are passed on to offspring. Still, atomic bomb survivors and their family members suffer, unable to drive off anxiety.

By contrast, Takamori’s 31-year-old daughter shows understanding toward her mother’s activities but abstains from taking part in related events.

“I understand what you do is important, but over how many more generations do you think you still have to carry on the activities?” the daughter was quoted as asking.

Takamori has mixed feelings, caught between the first- and third-generation survivors.

“In any case, a second-generation survivor like me cannot afford to give up,” Takamori said. “Let’s say, ‘Once upon a time, there was war, and a big bomb was dropped.’ If that is to be the whole story we can tell, then we won’t have learned anything.”

The passage of sobering memories over generations is long and arduous.