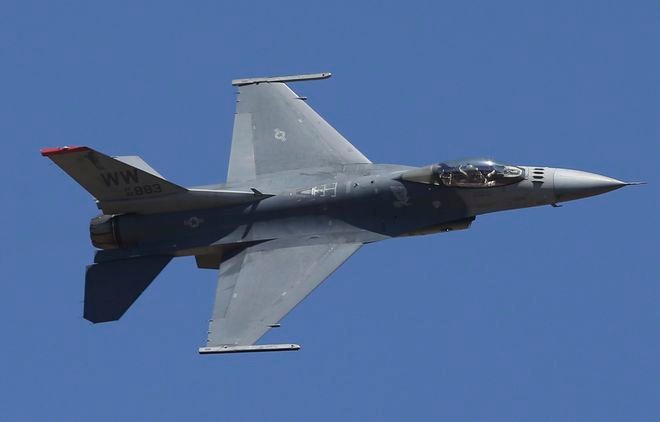 WASHINGTON--The Trump administration has informed Congress it plans to sell F-16 fighters worth $8 billion to Taiwan in a move that will inflame already high tensions with China.

Two U.S. officials and a congressional aide say the administration informally notified lawmakers of the proposed sale late on Thursday. They were not authorized to discuss the matter publicly and spoke on condition of anonymity.

The F-16 deal is highly controversial because China fiercely opposes all arms sales to Taiwan, which it regards as a renegade province, but has specifically objected to advanced fighter jets. The notification also comes as U.S. trade talks with China are stalled and amid unrest in Hong Kong that many fear could prompt Beijing to move militarily against the former British colony.

The State Department, which would ultimately authorize the sale, declined to comment, but members of Congress from both parties welcomed the proposal.

The chairman and ranking member of the House Foreign Affairs Committee, Reps. Eliot Engel, D-N.Y., and Michael McCaul, R-Tex., said in a joint statement that it "sends a strong message about the U.S. commitment to security and democracy in the Indo-Pacific" and "will help deter China as they threaten our strategic partner Taiwan and its democratic system of government."

"With China building up its military to threaten us and our allies, and the People's Liberation Army aiming thousands of missiles at Taiwan and deploying fighter aircrafts along the Taiwan Strait, now more than ever it is critical that Taiwan has the support needed to defend itself," said Republican Sen. Ted Cruz of Texas, a member of the Senate Foreign Relations Committee.

The informal notification starts a period of consultations with Congress and a formal announcement of the sale could be made as early as next month unless lawmakers object.

Just this week, America's top representative in Taiwan said Washington expects the island to continue increasing its defense spending as Chinese security threats to the U.S. ally continue to grow. W. Brent Christensen said the U.S. had "not only observed Taiwan's enthusiasm to pursue necessary platforms to ensure its self-defense, but also its evolving tenacity to develop its own indigenous defense industry."

That was a nod to President Tsai Ing-wen's drive to develop domestic training jets, submarines and other weapons technology, supplementing arms bought from the U.S.

Christensen is the director of the American Institute in Taiwan, which has served as the de facto U.S. Embassy in Taiwan since formal diplomatic relations were cut in 1979.

While China and Taiwan split during a civil war in 1949, Beijing still considers Taiwan Chinese territory and has increased its threats to annex the self-governing democracy by force if necessary.

Despite the lack of formal diplomatic ties, U.S. law requires Washington to ensure Taiwan has the means to defend itself.

China has responded furiously to all such sales and recently announced it would impose sanctions on any U.S. enterprises involved in such deals, saying they undermine China's sovereignty and national security.

Tsai has adamantly rejected Chinese pressure to reunite Taiwan and China under the "one-country, two-systems" framework that governs Hong Kong. She and many Taiwanese have said that the people of the island stand with the young people of Hong Kong who are fighting for democratic freedoms in ongoing protests.

Beijing has cut contacts with Tsai's government over Tsai's refusal to endorse its claim that Taiwan is a part of China and sought to increase Taiwan's international isolation by reducing its number of diplomatic allies to just 17.China has also stepped up efforts at military intimidation, holding military exercises across the Taiwan Strait and circling the island with bombers and fighters in what are officially termed training missions.