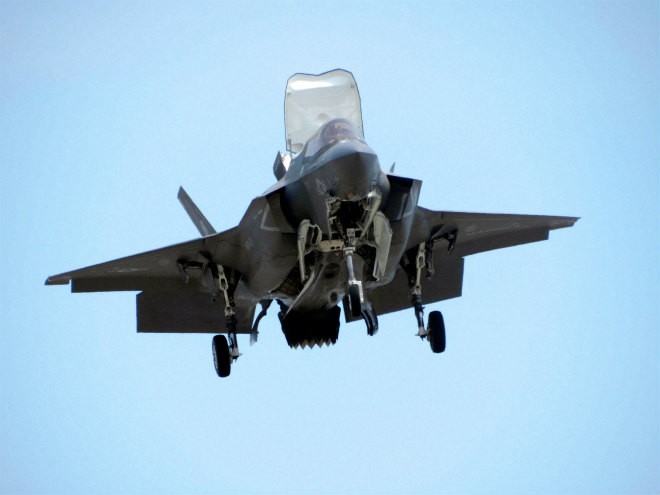 The Defense Ministry on Aug. 16 formally approved the purchase of 42 F-35B stealth fighter jets from the United States at a cost of about 14 billion yen ($132 million) each.

The government indicated late last year that it intended to acquire the short take-off and vertical landing (STOVL) aircraft, but no formal decision had been made until now about which model to purchase.

The state-of-the-art F-35B aircraft is manufactured by Lockheed Martin Corp.

The Defense Ministry received a proposal from the U.S. government about the F-35B in June that confirmed the aircraft met all the specifications Japan is interested in.

Budgetary amounts will be set aside for 18 of the jets through the end of fiscal 2023. As yet, there are no specific plans for the payment of the remaining 24 jets.

Defense Ministry officials said the STOVL aircraft would be able to land and depart from even short runways. Plans are in the works to refit two Maritime Self-Defense Force destroyers to allow the aircraft to be used on those ships.