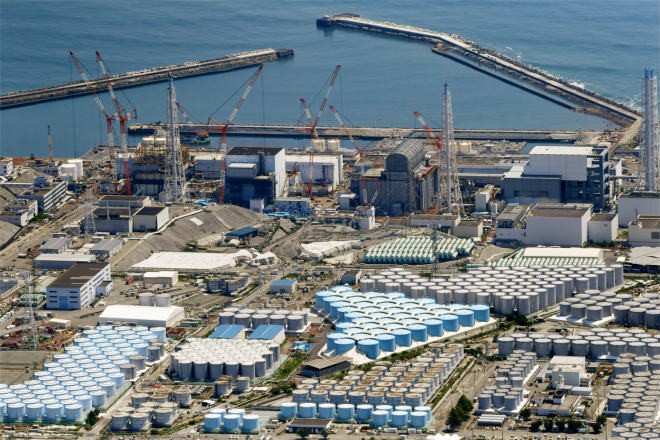 SEOUL--South Korea wants to know what Japan plans to do about the enormous volume of processed but still contaminated water at the crippled Fukushima No. 1 nuclear power plant.

The country's Foreign Ministry on Aug. 19 called for an official reply from Japan by summoning a Japanese diplomat.

The ministry handed a statement to Tomofumi Nishinaga, a minister at the Japanese Embassy in Seoul, urging Tokyo to confirm whether news reports, as well as claims by international environmental groups, were accurate regarding a plan to release treated water containing tritium, a radioactive substance, into the sea.

Nishinaga was also asked about the Japanese government's plans for disposing of the massive amount of radioactive water stored at the nuclear complex, which suffered a triple meltdown in the Great East Japan Earthquake and tsunami in March 2011.

The statement read that Seoul "takes seriously the issue of polluted water, as it concerns the health and safety of the two countries and effects countries linked by the sea."

It also said Seoul seeks to cooperate with Tokyo to limit adverse affects of the tainted water.

President Moon Jae-in's Democratic Party and other parties are pushing for the question of the contaminated water at the Fukushima plant as a step to counter Japan's recent strengthening of restrictions on exports to South Korea.

The same day, lawmakers with the opposition Party for Democracy and Peace announced that radioactive material had been detected on 35 occasions from about 17 tons of processed food imported from eight Japanese prefectures over the past five years, citing data from authorities overseeing food safety.

South Korea continues to prohibit imports of seafood from those prefectures, including Fukushima, Ibaraki and Chiba, on the grounds that they were severely affected by the Fukushima nuclear disaster.

The legislators called for an immediate ban on imports of processed food from these prefectures out of concern for the safety of people in South Korea.

The ministry's inquiries follow reports earlier this month that Tokyo Electric Power Co., the operator of the Fukushima plant, estimates there will be no more room at the plant to house tanks storing the processed water by next summer.

The Japanese government believes that releasing some of the water after it is diluted is one possible option.