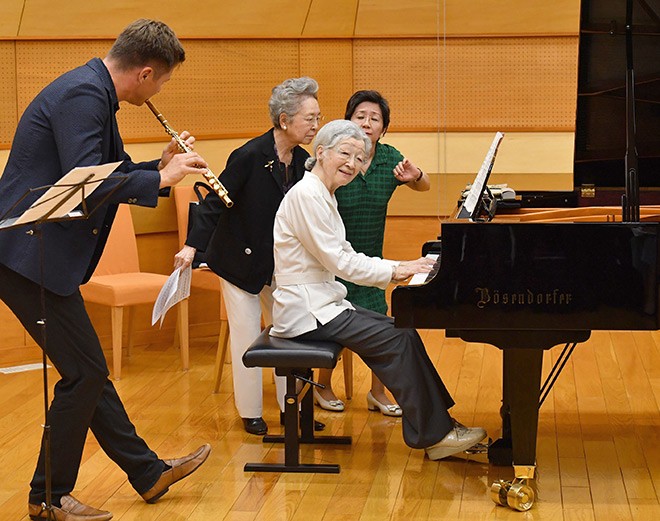 Empress Emerita Michiko jams with flutist Karl-Heinz Schutz during a workshop at a music festival in Kusatsu, Gunma Prefecture, on Aug. 27. (Pool)

Michiko, 84, ran through “Swan” by Saint-Saens a few times on the piano with Schutz, the principal flutist of the Vienna Philharmonic Orchestra, accompanying her during a workshop at the festival.

Michiko told reporters, “The sound of the flute (played by Schutz) was very beautiful, and I got lost in it.”

Emperor Emeritus Akihito, 85, and Michiko took in the concert featuring Schutz and other top musicians from Japan and overseas following the workshop.

The imperial couple visited the town after traveling from Karuizawa, Nagano Prefecture.