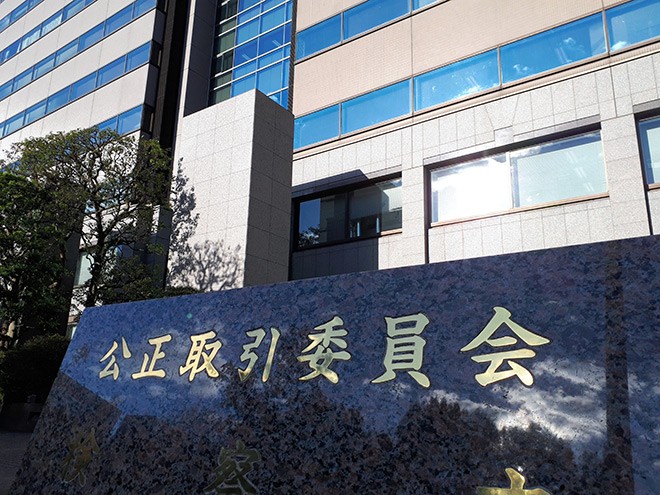 "What do you do for a living?"

If being asked such questions while using an app or Internet service seems inappropriate, the Fair Trade Commission agrees with you.

The FTC released proposed guidelines for how personal data is obtained and used by major IT companies, outlining a host of acts that could constitute a violation of the Anti-Monopoly Law, including asking for information not directly related to a service or product.

The guidelines, released Aug. 29, target the GAFA group--Google, Apple Inc., Facebook and Amazon.com--and seek to curb "abuse of a dominant position" by such companies, given that individuals often have little choice but to use their popular services.

In addition to requiring companies to obtain consent from individuals before using their personal data, the guidelines spell out what the FTC considers personal data not necessary for the provision of a service or product.

The FTC began accepting feedback from the public the same day and will finalize the guidelines for implementation before the end of the year.

They will affect not only the GAFA, but also other large IT companies that provide Internet retail and search services, social media sites and video streaming services.

The guidelines, the first released by the FTC targeting such large IT firms, state that companies must obtain user consent before asking for such details as gender, occupation and other personal data not directly related to the sale of a product or service. Directly seeking personal data such as a consumer's name, e-mail address and payment information is considered acceptable since it would be needed to complete the sale.

The guidelines also call on companies to use clear, simple language in their explanations of how personal information gathered from customers, including search and purchase history records, will be used. The companies will also be required to manage such info in a secure manner.

If a company is found to have violated the Anti-Monopoly Law, it could face cease and desist orders or fines by the FTC.

The "abuse of a dominant position" provision in the law is more commonly applied to major companies and their dealings with subcontractors and other firms in a disadvantageous position.

The FTC determined that new guidelines were needed to regulate relations between giant IT companies and individual consumers, as such firms have a dominant position in that in many cases such services are not available elsewhere, forcing users into a position of having to accept how the companies treat them and their data.