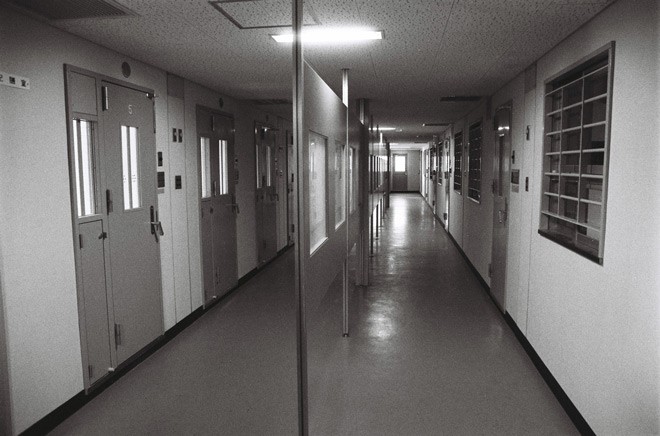 NAGOYA--A woman with gender identity disorder who was detained for 19 months over a theft of 432 yen ($4) in goods was released on Aug. 29 following a lengthy debate on her mental state.

The Nagoya District Court said the 37-year-old woman was mentally fit to stand trial and sentenced her to 14 months in prison. But it released her the same day, given her already lengthy detainment and the possibility that she had developed dissociative disorders while she agonized over her sexual identity.

The court’s decision to set her free, despite her repeated shoplifting convictions, reflects a new thinking among judges that locking up such troubled individuals is the wrong way to rehabilitate them.

According to the verdict, the woman shoplifted four food products from a 100-yen shop in Nagoya on Jan. 25, 2018, around 1 p.m. The woman’s lawyer said she admitted to the offense when she was arrested and then immediately paid for the products.

She had already been imprisoned twice after being found guilty in three separate theft cases.

Five months before the latest arrest in Nagoya, she had been released on parole.

However, her defense lawyer argued that she was not fit to stand trial because of complications stemming from her gender identity disorder.

The many years of suffering inner turmoil over her sexual identity led to her dissociative disorders, the lawyer argued.

When she was being questioned before her indictment as well as before the start of the trial, a different personality emerged in the suspect.

During the court proceedings, the woman referred to herself by a different name.

The lawyer described the indictment as inappropriate and asked the court to drop the proceedings, saying the only way to help the woman was to provide welfare and medical support.

The court proceedings required 16 months, mainly to determine if the woman was fit to stand trial.

Her trial was suspended for about five months as experts were called in to check on the woman’s condition.

She was not allowed out on bail during this period.

Although the court convicted her and sentenced her to prison, it allowed for leniency because of the possibility that her gender identity disorder and dissociative disorder had an effect on her criminal behavior.

Prosecutors had sought an 18-month sentence.

While it is common for repeat offenders to be given stricter punishments by courts, the focus in recent years has shifted to providing medical care rather than extended incarceration.

For example, the Kochi District Court in January handed down a 14-month sentence to a woman in her 30s who was a repeat shoplifter.

Prosecutors sought a sentence of four years, but the court determined the woman suffered from kleptomania and gave her a lighter penalty.

In 2013, a man in Ishikawa Prefecture who was caught shoplifting after his release from prison on a theft conviction was allowed to escape indictment if he agreed to enter a hospital for treatment.

Daigo Hayashi, a lawyer who has handled many theft cases involving suspects with mental disorders, said he has known thieves who were rehabilitated after receiving specialized medical treatment following decisions by prosecutors not to detain them.

“Regarding individuals who repeatedly are caught on theft charges, I feel the times have changed,” he said. “Decisions on whether to indict and the severity of the penalty are now being made after considering the possibility of preventing a repeat offense through medical treatment.”