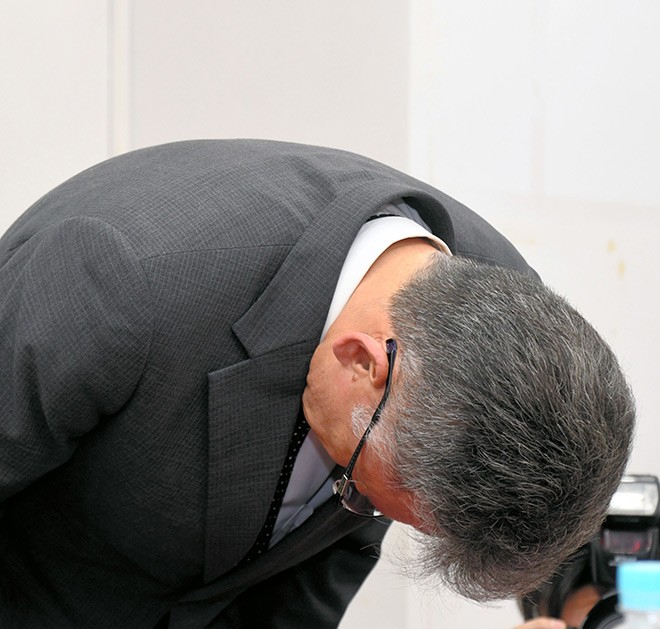 A high school that uncovered instances of students being physically abused by sports coaches found the problem is more widespread than it realized.

Amagasaki City Amagasaki High School in Hyogo Prefecture surveyed its 917 students to gauge the extent of the abuse, and 34 replied that they had been slapped, kicked or punched by coaches in the school's volleyball, baseball and other clubs.

Seventy-three students said they had witnessed instances of physical abuse or heard about them.

The results of the survey in late May were announced by the city's board of education on June 10. Students were granted anonymity in their replies.

Two cases of coaches resorting to physical violence during volleyball and baseball sessions were revealed recently. The survey found that three other clubs at the school also intimidated students with violence.

The city’s board of education is continuing to investigate the matter.

According to the board, 901 parents or guardians and all 70 teachers also responded to the survey.

One student said he was physically abused outside of club activities.

Twenty-eight parents or guardians said their children had experienced physical abuse at the hands of coaches, while 185 reported that their offspring had witnessed physical abuse being meted out or heard about it.

Five teachers admitted using violence against students, while one reported seeing physical punishment being meted out.

Two teachers who had previously not been implicated admitted to having crossed the line.

The educational board said it will consider disciplinary action if it can confirm the facts.

In the incident involving the baseball club, the coach in his 20s who is also a temporary instructor slapped and kicked first grade club members during outdoor sports sessions.

As a result, the board surveyed the situation for baseball club members.

Sixty-two of the 77 students in the baseball club said they had witnessed or heard of physical violence being meted out by the coach.

Sixty-five students gave the same answer for the team adviser. With regard to the head coach, also male, one student gave a similar answer.

The coach in question resigned May 17 after the abuse was revealed. The team adviser also followed suit.

But in the latter case, the man said he could not recall being physically abusive toward students.

School principal Hiroshi Kuwamoto, meeting reporters after the survey was released, said: “Not even one student should be subjected to this sort of behavior. That there are 34 victims comes as a big shock. It has been pointed out that an atmosphere prevailed where physical abuse was tolerated. I will make sure this never happens again.”

The educational board said it plans to survey students at all city-run schools as well as kindergarten children.

It said it will set up a physical punishment eradication project promotion center led by Shin Matsumoto, the board superintendent.