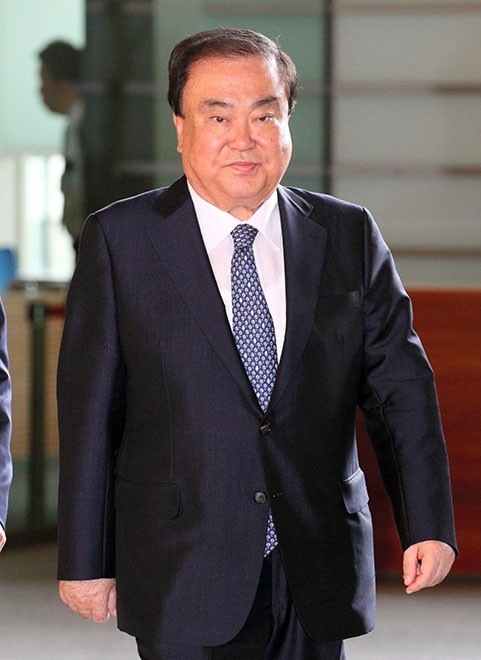 SEOUL--The speaker of the South Korean National Assembly apologized on June 13 for saying in February that the Japanese emperor should apologize to former “comfort women” to resolve the wartime issue.

“I convey my apology to people who felt pain in their hearts,” Moon Hee-sang said in his meeting with former Japanese Prime Minister Yukio Hatoyama, according to a National Assembly official.

Hatoyama, who was visiting South Korea, told Moon, “The Japanese people think that it is rude to have also referred to the emperor (about the issue).”

Moon responded, “I totally sympathize with you.”

The term comfort women refers to women who were forced to provide sex to Japanese soldiers before and during World War II when the Korean Peninsula was under Japan’s colonial rule.

On Feb. 7, Moon said in an interview with a U.S. news wire service that the issue would be resolved if the emperor, who was Akihito at the time, directly apologizes to former comfort women.

The interview was distributed the next day.

Japanese Foreign Minister Taro Kono on Feb. 10 criticized Moon, saying, “I want him to be cautious with his remarks.”

Moon reacted against Kono’s criticism on Feb. 12, saying, “(What I said in the interview) is my long-cherished opinion.”

According to a report distributed by South Korea’s Yonhap News Agency on Feb. 18, Moon also said about Kono’s remark: “People who should apologize do not apologize, and they require me to apologize. How unreasonable. The guilty are audacious.”