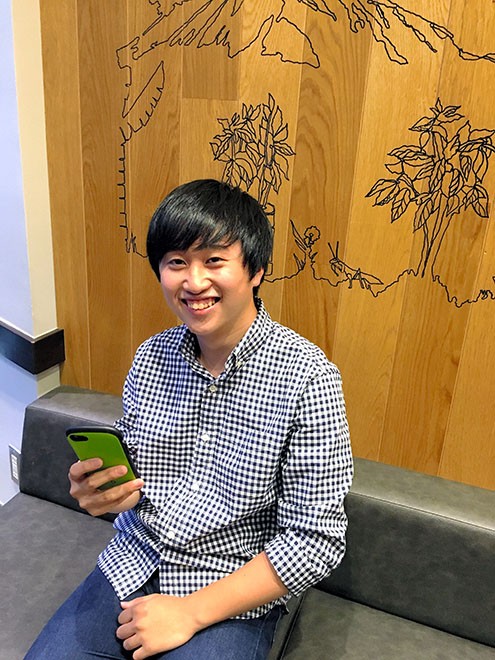 Young people may be at risk of becoming cross-eyed from using smartphones for long periods, two prominent medical associations in Japan warned.

The two academic groups will conduct a full investigation as early as this autumn to establish measures for treatment and prevention.

A link between staring at small screens such as those of smartphones for long periods and developing acute internal strabismus was cited previously in a thesis by a Korean research team and by others. But no scientific proof has been yet found that it causes the condition.

Between January and February, the two Japanese groups surveyed 1,083 of their members, including child eye doctors, asking if they had examined patients with acute internal strabismus, aged 5 to 35, in 2018.

More than 40 percent, or 158 of the 371 doctors who responded, said they had examined patients during the year who had become cross-eyed.

Of the 158, 122 doctors, nearly 80 percent, said they had treated patients who they suspected contracted the condition from using digital devices such as smartphones.

Thirty-seven doctors examined patients whose symptoms improved after they stopped using the devices.

"It's quite a surprise that more than 40 percent of the eye doctors had those patients," said Miho Sato, president of JASA and a professor of Hamamatsu University Hospital specializing in pediatric ophthalmology.

"It used to be such a rare disease that an eye doctor would usually examine only one patient every few years.”

DOUBLE VISION AFTER 7 HOURS OF GAMING

Taiki Uematsu, 17, was obsessed with online games in 2017. The Aichi Prefecture third-year high school student played them while holding his phone close to his face for five to seven hours after arriving home from school.

In autumn that year, he experienced double vision, seeing two clocks overlapping on the wall of his classroom at school. He tried blinking, but his vision didn't return to normal.

Riding his bicycle home from school he saw an oncoming car as two cars. He found closing his left eye eliminated one of them and he rode the rest of the way with his left eye shut.

His condition continued for more than a month, causing him to experience tired eyes and headaches.

A local eye doctor Uematsu consulted proved to be of no help, telling the teenager he had never seen a case like his before.

It was not until spring 2018, after commuting to a university hospital several times for consultations, that Uematsu was diagnosed with acute internal strabismus.

In August 2018, Uematsu visited the Hamamatsu University Hospital, known for treating strabismus, referred by doctors who examined him.

Miho Sato, a professor at the university, said his condition was likely caused by long hours of using smartphones.

“Some people only get better if they stop using their phones. At least take 30-minute breaks when you're using them,” he was told.

Uematsu quit playing online games. He still uses his smartphone for two hours a day or so but not continuously.

Gradually, his double vision lessened. But his eyesight didn't return to normal completely until he underwent surgery at the end of February 2019.

ANYONE CAN DEVELOP SYMPTOMS

According to data compiled by the Cabinet Office in fiscal 2018, 30 percent of 17-year-old male teens surf the Internet for more than five hours a day on their smartphones or other devices. The average usage was four hours.

“Anyone can develop acute internal strabismus," Sato said. "Don't spend long periods staring at your phone, especially with your face close to the screen.”

Until now, cases of acute internal strabismus were rare, usually occurring due to such conditions as brain tumors.

If reducing smartphone hours fails to reduce their symptoms, patients with acute internal strabismus have the option of using prismatic glasses, which align two images, before resorting to surgery.

Patients older than 12 can receive botox injections to relax the muscles around their eyes, which is covered by national health insurance.