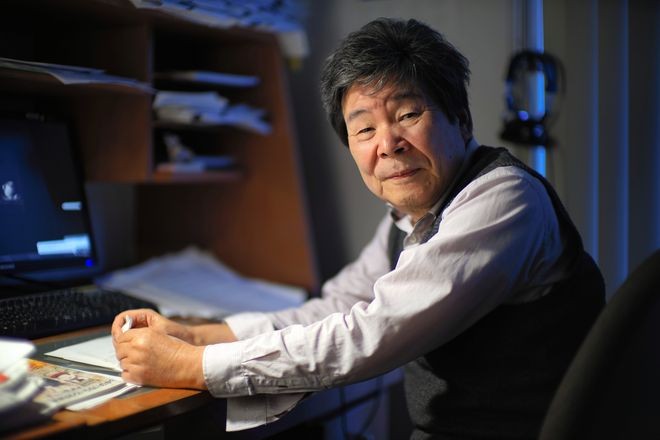 Dedicated to the late director Isao Takahata, who laid the foundation of Japan’s animation industry in the postwar period, his first retrospective will be coming to the National Museum of Modern Art, Tokyo (MOMAT) this summer.

“Takahata Isao: A Legend in Japanese Animation” will be held at a special exhibition gallery on the first floor of the prestigious museum from July 2 to Oct. 6.

Featuring production materials previously undisclosed to the public, the exhibition focuses on the works of the late director who was known for many TV shows and films, including “Heidi, Girl of the Alps,” “Anne of Green Gables,” “Grave of the Fireflies” and “The Tale of the Princess Kaguya.” Takahata passed away in April 2018 at age 82.

The exhibition is divided into four parts.

The first part is devoted to “The Little Norse Prince,” focusing on the production process of the director’s first animated feature film.

Put on display in the second section are storyboards, layouts and background drawings to explore the secrets of Takahata’s directing techniques and his teamwork skills while working on TV shows with anime bigwigs such as Miyazaki, Yoichi Kotabe, Yoshifumi Kondo, Masahiro Ioka and Takamura Mukuo.

The third part shows Takahata’s storytelling techniques to retell the experiences of Japanese people during and after World War II still relevant to modern society, as he depicted particularly in “Grave of the Fireflies” and “Pom Poko.” It also focuses on his recurring theme of “satoyama” (community forests).

The fourth part unveils the maestro’s image-crafting skills based on his profound knowledge of art, featuring “The Tale of the Princess Kaguya” for which Takahata incorporated digital technologies to make the anime look like a moving hand-drawn watercolor painting.

For more information, visit the official website at (https://takahata-ten.jp/).