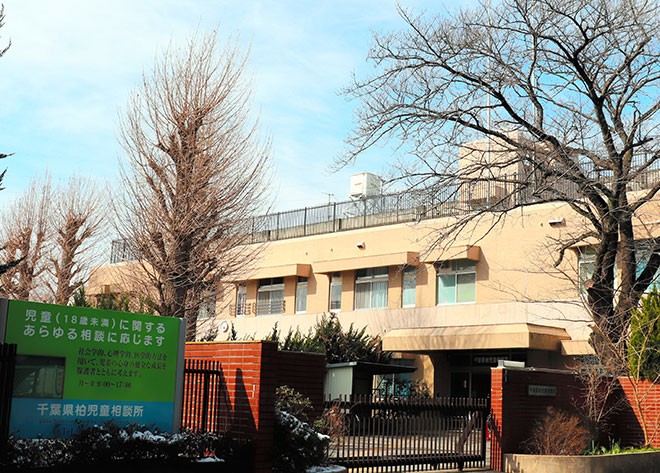 KASHIWA, Chiba Prefecture--As if it weren't heart-wrenching enough that a 10-year-old girl terrorized by her father was found dead in the bathroom at her home, it now emerges that she was very likely sexually abused as well.

Mia Kurihara told child welfare center officials here when she was taken into protective custody in 2017 that her father, Yuichiro Kurihara, yanked down her underwear at night.

A doctor who examined Mia in light of her harrowing account said it appeared that sexual abuse had occurred. Yet, the welfare center released her two weeks later.

The central government and Chiba prefectural authorities have been investigating Mia's case, one that shocked Japan and made headlines overseas.

A key point in the investigation is how seriously senior officials at the center took the doctor's diagnosis of suspected sexual abuse when they decided to release the girl.

Mia was found dead at her home in Noda, Chiba Prefecture, on Jan. 24, a little more than a year after she first confided in teachers that her father beat her. Her body was covered with bruises and scratches.

Her 41-year-old father was indicted in March in connection with Mia’s death and injuries she sustained from his frequent physical abuse. The girl’s mother, Nagisa, 32, was also indicted for aiding and abetting her husband.

According to the indictment, Yuichiro starved his daughter prior to her death.

Prefectural government guidelines on child abuse state that top priority must be given to the child's protection when there are suspicions of sexual abuse.

It remains unclear how officials at the child welfare center sized up the doctor's findings.

Mia talked about the sexual abuse to the doctor and staff while she was in the custody of the Kashiwa child welfare center. She stayed there for about two months through Dec. 27, 2017.

Mia’s remarks suggesting sexual abuse emerged when she recounted a night her father awoke her and told her to “get up and find out who is there as somebody is outside the window.”

The girl continued: “All of a sudden, my father pulled down my nightclothes. As my underwear was down, I said, ‘Stop,’ and I quickly pulled it up. My father said to me, ‘If you say anything, people will take an interest.’”

Mia also gave distressing details about her father's physical violence. She said that on one occasion when she was asleep, her father covered her mouth and nose with his hand.

“I thought I was going to die because I couldn't breathe,” she was quoted as saying.

As she had to attend elementary school in Noda the following day, she wore a face mask to cover her swollen lips.

Mia said her father would attack her while her mother was out and when she was asleep.

The doctor who examined Mia said she was "obviously fearful of her father's abuse, which was not only physical but also sexual.”

Mia said she was so terrified of her father she had nightmares about him. She also displayed symptoms of great anxiety and sometimes could not describe the extent of abuse she suffered.

The doctor diagnosed her as suffering from post-traumatic stress disorder in mid-December while she was staying at the welfare center.

But her father denied any abuse had occurred when child welfare center officials questioned him.

The doctor’s diagnosis was relayed to senior officials at the child welfare center via a child psychology specialist during a policy meeting on Dec. 27.

Such meetings are held so officials can decide when to release a child from protective custody after weighing all the factors presented to them, including a doctor’s diagnosis.

They decided that Mia should be discharged to live with relatives of her father.

The Kashiwa welfare center has defended its decision at past news conference to release Mia, citing steps taken to prevent a recurrence of abuse.

Officials said they felt the girl would not be in any danger after the relatives promised they would not allow the father to see Mia alone.

The center also cited the fact that Mia agreed to live with her relatives.

But once she moved in, the relatives made clear they disapproved of Mia’s visit to the welfare center and refused to let her meet with staff members alone.

On Feb. 26, 2018, Yuichiro declared he would take his daughter back home when a staffer visited the relatives’ home.

Two days later, welfare center officials gave their approval to the move when they met for a policy meeting.

A senior official at the Chiba prefectural government looking into the case said May 13 the child welfare center drew up measures to support her after taking all factors into account, including the results of interviews, a psychological examination and the medical diagnosis.

“We understand that how the child welfare center should have dealt with her case in which sexual abuse by father was suspected is a crucial point in the investigation by the prefectural government’s inspection committee,” the official said.

Makiko Okuyama, a representative of the Japanese Society for Prevention of Child Abuse and Neglect, blasted the child welfare center over its handling of Mia’s case.

“It is incomprehensible that the center allowed her to return to her father who had categorically denied abuse, such as suspected sexual abuse, in addition to psychological and physical abuse,” she said. “It should have realized that the girl would be in grave peril.”

Okuyama, also a doctor of pediatric psychiatry, said she believes that the accounts Mia gave are not something she could have made up, given her tender age.

Okuyama also pointed out that in many cases, domestic violence against a mother and sexual abuse of a child go hand in hand.

Mia's mother told police that she could not stop her husband using violence against the child because he physically assaulted her, too.