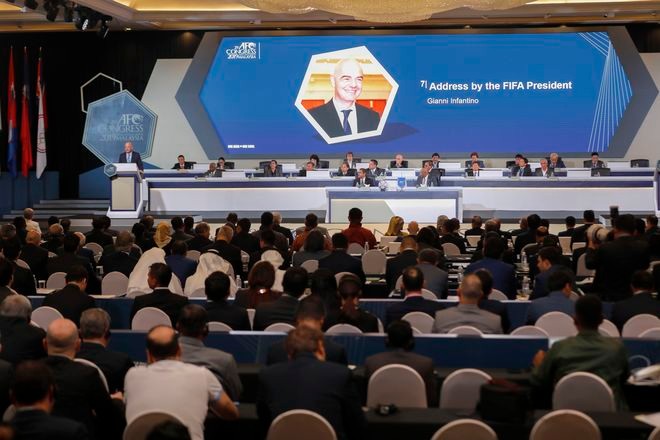 China was all but confirmed as host nation of the next Asian Cup tournament in 2023 after the only other bidders South Korea withdrew from the process.

The Korean Football Association (KFA) notified the Asian Football Confederation (AFC) of their intention to withdraw in a letter on Wednesday, paving the way for China to host the tournament for the second time.

The world's most populous nation last hosted the continental championship in 2004, when they lost the final 3-1 to Japan in Beijing.

"We need to make a choice between the 2023 AFC Asian Cup and the Women's World Cup," KFA secretary general Chun Hanjin said in a statement on the organization's website.

"We decided to focus on the Women's World Cup strategically.

"In case of the Women's World Cup, FIFA and the government will actively support the joint hosting of the two Koreas."

The AFC are scheduled to announce the 2023 Asian Cup hosts on June 4.

Qatar, the hosts of the next World Cup in 2022, won their first Asian Cup title earlier this year with a 3-1 victory over Japan in the United Arab Emirates.