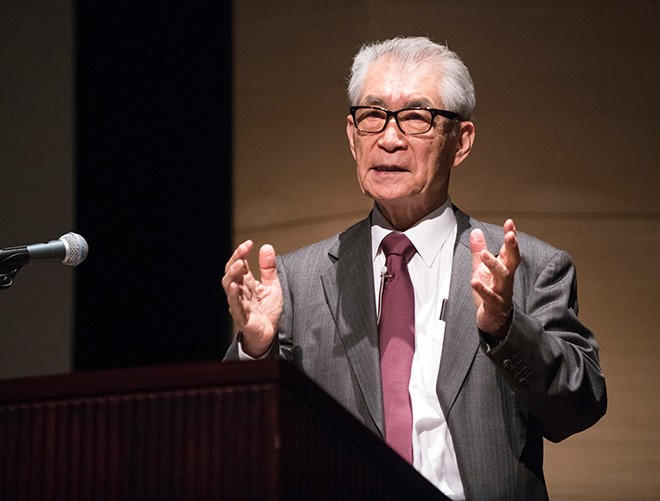 Tasuku Honjo, a 2018 co-winner of the Nobel Prize in Physiology or Medicine (Asahi Shimbun file photo)

The “center for general research on cancer immunity” will be headed by Honjo, 77, who was the co-winner of the Nobel Prize in Physiology or Medicine in 2018.

Researchers there will comprehensively study cancer immunotherapy from the basics to applications to boost the body's defenses to fight the disease.

According to the university, the research center will consist of five or six divisions that will work to clarify the basic mechanism of immunity, develop medicines for cancer treatment and conduct clinical trials with the drugs.

The state-run university plans to ask the education ministry to earmark a budget for the establishment of the center in April 2020.

Honjo, who won the Nobel Prize for his study that had led to the development of cancer treatment medicine Opdivo, has called for creation of such a research center and support for young researchers. He is a distinguished professor of molecular immunology at Kyoto University.