Lisa’s In and Around Tokyo: Gakushi Kaikan--The birthplace of today’s University of Tokyo 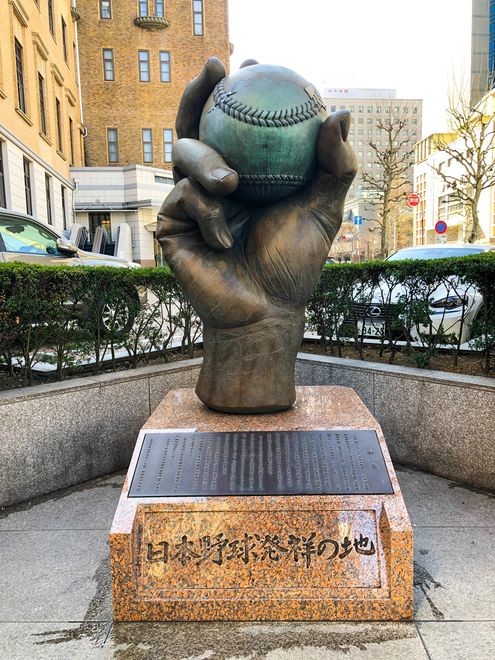 I smiled as soon as I saw the carpet. Yup, I knew it! What is it about old Western-style buildings in Japan--more often than not, the carpeting is red. I’m not complaining. Quite the contrary, I think red makes the interior of old buildings appear warm and distinguished.

The stained glass, polished brass fittings, gorgeously aged tiled floors and elegant lighting were just as I imagined them to be.

For some time, I had wanted to visit Gakushi Kaikan, a members’ club for alumni and faculty of Japan’s seven national universities: Hokkaido, Tohoku, Tokyo, Nagoya, Kyoto, Osaka and Kyushu. Not being affiliated with any of these institutions, I thought the doors were closed to me. It turns out that I was mistaken, and the facility is open to everyone.

The classic building, designed by Teitaro Takahashi (1892-1970), opened to the public in 1928. Takahashi also worked on the final design of the Meiji Memorial Picture Gallery, the famous domed building within Meiji Jingu Gaien that can be seen at the end of the awesome gingko trees off Aoyama Dori street; Takashimaya Department Store (originally the Nihon Seimeikan), Kamikochi Hotel and Kawana Hotel. Quite an impressive lineup, I’d say.

I heard a documentary on National Public Radio some time ago about an American man who came to Japan in 1871 and taught baseball. It was about Horace Wilson (1843-1927), an American farm boy from Maine, the northeastern-most state along the Atlantic Ocean, who upon returning from the Civil War moved to California and then to Japan as an American expatriate educator. The details are murky, but he ended up serving as a professor of English at Kaisei Gakko, which later became the University of Tokyo.

The story goes that here, he wanted the boys to get some exercise, so he taught them baseball. The documentary was about a delegation of Japanese men who tracked down the descendants of Wilson to invite them to Japan to attend a ceremony inducting him into the Japanese Baseball Hall of Fame in 2003. They had no idea that someone from their family had ever been to Japan, not to mention a person who evidently made history on the other side of the world.

Gakushi Kaikan is the birthplace of the University of Tokyo.

There’s a 2.4-meter bronze monument in the shape of a right hand holding a baseball with a world map drawn on the ball. A plaque reads: “This expresses the internationalization of baseball by tying Japan and the United States by the seam.”

It was built and put on this spot in commemoration of Mr. Wilson.

This article by Lisa Vogt, a Washington-born and Tokyo-based photographer, originally appeared in the May 12 issue of Asahi Weekly. It is part of the series "Lisa’s In and Around Tokyo," which depicts the capital and its surroundings through the perspective of the author, a professor at Meiji University.