Gender gap narrows among those accepted at medical schools 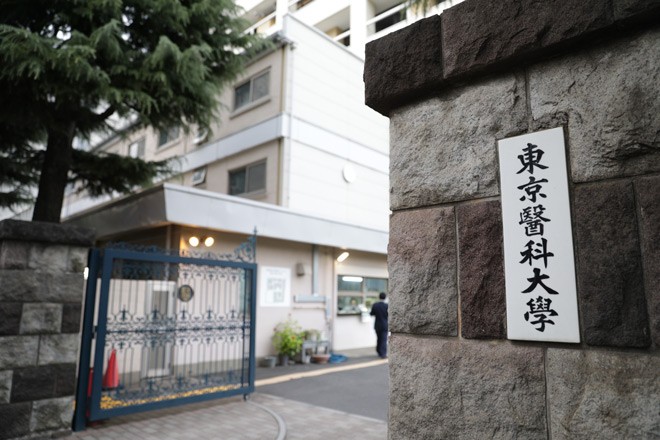 The results were found in an Asahi Shimbun survey for the 2019 school year. Responses were received from 78 medical faculties.

According to the survey, men were accepted at a level about 1.09 times greater than that for women, down from 1.22 times in an education ministry study at 81 medical faculties for the 2018 school year.

It was first time in seven years for the passing rate among women to exceed 10 percent.

The narrowing gap can be attributed to major changes at private medical institutions that were found last year to have manipulated exam scores in favor of men and children of alumni.

The education ministry’s first study into entrance rates at medical schools also found that between the 2013 and 2018 schools years men were accepted on average at levels 1.18 times higher than women.

The difference was thought to be exceptionally wide high because no gender gap existed in acceptance rates at engineering and science faculties. In some of those fields, women were accepted at higher rates.

The system that put female applicants at a disadvantage was first uncovered at Tokyo Medical University, which had unfairly favored men for a number of years.

In the 2018 school year, 9.04 percent of male applicants passed the entrance exam at Tokyo Medical University, while only 2.91 percent of female applicants were successful. Men were accepted at a level 3.11 times higher than that for women.

But for the current school year, 26.38 percent of female applicants passed the exam, surpassing the rate of 21.79 percent among male applicants.

A university official attributed the results to conducting a “fair exam.”

Education ministry officials had found that the medical faculty at Nihon University acted inappropriately by giving favorable treatment to children of alumni.

While men were accepted at a level 2.02 times higher than the level for women in 2018 at the faculty, the rate was 0.87 times in the following year, meaning that women had a higher acceptance rate.

Showa University also accepted alumni children who had not achieved adequate exam scores. The gender gap there also was reversed from 1.49 times in 2018 to 0.78 times this year.

Juntendo University was found to have set different passing levels for men and women taking the medical school entrance exam. But the university did not respond to the Asahi survey and only said it would release entrance figures in June.

Education ministry officials plan to visit medical faculties that have used inappropriate entrance procedures to determine if they have revised their methods to ensure fairness.

(This article was written by Seiko Sadakuni and Daisuke Yajima.)