Not a single watt of electricity, but still 1 trillion yen in basic revenue 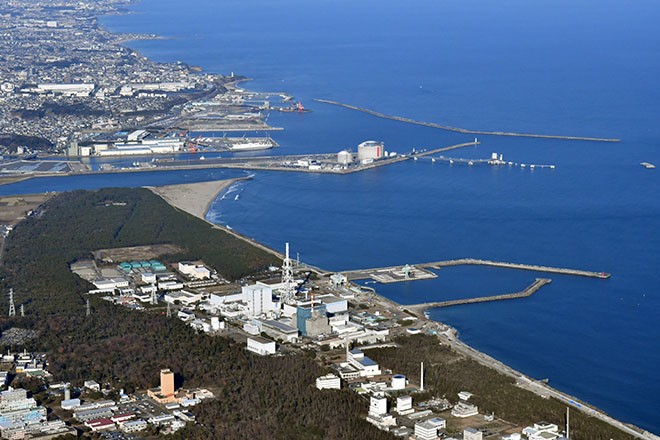 Even though it hasn't generated any electricity at its two nuclear power plants since May 2011, Japan Atomic Power Co. chalked up close to 1 trillion yen ($9.1 billion) in basic revenues in that time.

Under an arrangement with five electric power companies, Japan Atomic Power has received about 100 billion yen annually in basic charges for maintaining and managing its nuclear power plants.

Two of the four nuclear reactors owned by Japan Atomic Power are now being decommissioned. Of the two remaining, the Tokai No. 2 plant has not been in operation since the March 2011 earthquake and tsunami disaster.

The No. 2 reactor at the Tsuruga nuclear plant suspended operations in May 2011.

Since then, neither reactor has generated a single watt of electricity.

Since the 2011 natural disaster, Japan Atomic Power has received between 100 billion and 150 billion yen annually, for a total of 988.5 billion yen.

The five utilities have since asked for a rate decrease in light of retail sales of electricity being completely liberalized in 2016, which has made their own corporate standing much more severe.

But the company still faces a tough high-wire act in achieving financial stability because of problems it faces in resuming operations at its Tokai No. 2 plant.

Because the plant started operations close to 40 years ago, it asked for and received permission last November for a 20-year extension of operations.

An active fault has been found directly under the Tsuruga No. 2 reactor building in Fukui Prefecture, making resumption of operations there much more difficult.

TEPCO and the four other utilities are now considering a plan to provide roughly 300 billion yen in financial assistance to Japan Atomic Power. Under the plan, the Tokai No. 2 plant is scheduled to resume operations in January 2023.

But local municipalities in the vicinity of the Tokai No. 2 plant remain at odds with Japan Atomic Power over what say they have over a resumption of operations. So it remains to be seen if those entities will come around to approving operation resumptions.

In addition, the Nuclear Regulation Authority in April decided not to allow an extension of deadlines for installing anti-terror facilities at nuclear plants. The deadline for the Tokai No. 2 plant is October 2023.

Muramatsu conceded that the company was only at the stage of considering specifications for the needed equipment and no discussions have been held on a construction timeline.

But even for nuclear plants that have already resumed operations, installation of the anti-terrorist measures are expected to take between five and a half and seven and a half years. Because no work has even begun at the Tokai No. 2 plant for such measures, the work period is expected to take even longer. Even if the plant resumed operations, the remaining operating period would likely become shorter.

TEPCO has said it was contemplating providing financial assistance to Japan Atomic Power because of the economic benefits that would accrue. But if the operating period is shorter, that would result in higher power generation costs, thereby weakening the rationale for providing the assistance.