No change in Kim Jong Un’s stance on abduction issue 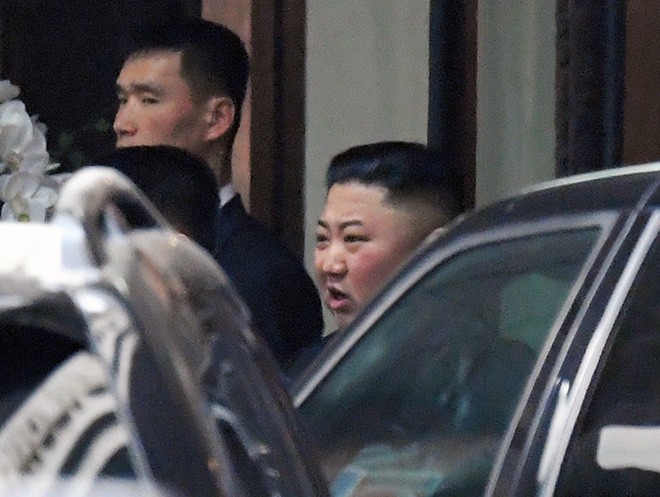 North Korean leader Kim Jong Un leaves the hotel where he was staying in Hanoi on March 1. (Tetsuro Takehana)

According to a government source who was briefed by U.S. counterparts about what transpired after Trump raised the issue, Kim did not make "an explicitly positive response, but only repeated his past arguments."

Trump once again told the North Korean leader of Prime Minister Shinzo Abe's desire to resolve the abduction issue during their meeting on Feb. 27, as well as during the subsequent dinner reception, according to government officials.

North Korea has long insisted that the abduction issue has been resolved and it has asked Japan for a final settlement of all past issues that stem from its colonial domination of the Korean Peninsula. Kim likely made similar arguments during his meeting with Trump.

On Feb. 28, after talking by phone with Trump about his meeting with Kim, Abe told reporters, "As the next move, I will have to meet directly with Kim Jong Un."

However, one government source indicated there was little likelihood that North Korea would enter into discussions with Japan over the abduction issue and said, "Kim Jong Un will continue to have his hands full for the near future in thinking about how to deal with the United States."