Lisa’s In and Around Tokyo: Kanazawa--Bask in the age-old cultural retreat in Kanagawa 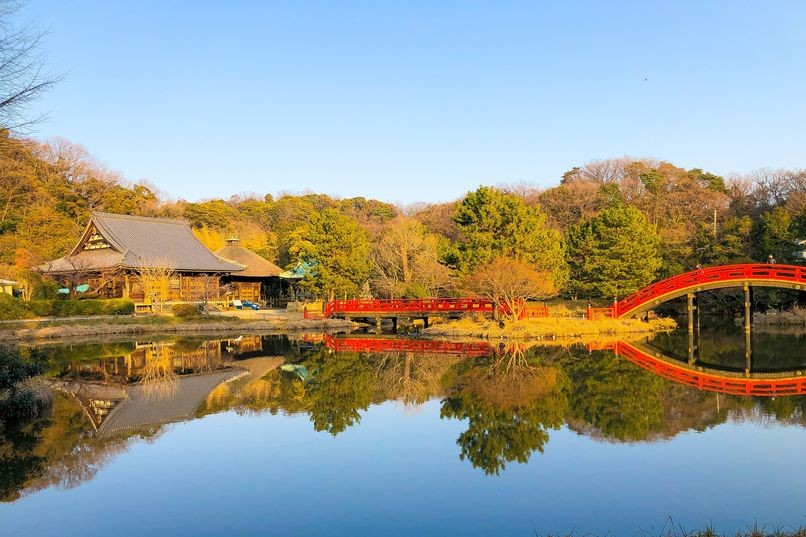 Shomyoji temple and its gardens are good for taking a stroll while enjoying the view of the place. It is located near Kanazawa-Bunko Station on the Keikyu Line. (Photo by Lisa Vogt)

Golden marshes--what a beautiful name! Perhaps at sunrise or sunset, the sun’s golden rays created a magical view of Kanazawa.

No, not the Kanazawa in Ishikawa Prefecture; I’m talking about the one in Kanagawa. The area that hardly anybody calls by its “proper” name and instead refers to as “Bunko” or “Hakkei.”

Kanazawa Bunko is the name of a train station and a museum that houses one of the oldest libraries for samurai in Japan. Hojo Sanetoki founded the library in the Kamakura Period (1192-1333) in the late 13th century. The library has some 20,000 ancient books and 7,000 manuscripts on history, religion and the art of Japan’s medieval age. They are available to visitors free of charge.

It’s quite a feat for an individual to amass so many books more than 700 years ago--pre-one-click-next-day-delivery bookstores!

I wonder if Sanetoki was possessed by bibliophilia or bibliomania. Either way, the manuscript collection that he left has been a precious bequeathment to future generations. Many big names, for example, Ito Hirobumi, one of the drafters of the Meiji Constitution, had a villa nearby and in later years helped maintain the collection.

Shomyoji temple, constructed around 1260 by Sanetoki to repose the soul of his late mother, is adjacent to the library and connected via a path and a tunnel. The temple garden, initially built in 1320 to represent the land of Perfect Bliss (Jodo), is breathtaking in every season and from every angle.

The library and garden became dilapidated after the fall of the Kamakura Shogunate in the 14th century, yet, through the years, the temple preserved many of the books owned by Sanetoki.

Kanazawa Hakkei is a train station, too, but it also means eight views of Kanazawa. Eight scenic places around Kanazawa were popular destinations for fun-seekers in the 17th century. Near the ocean and a resort area in its time, Kanazawa was the place to see and be seen.

Why eight? From the late Muromachi Period (1338-1573) and the Edo Period (1603-1867), various “Eight Views” were produced in poetry and paintings in Asian countries. The original that influenced all of the others was the Chinese “Eight Views of Xiaoxiang” in Hunan province. There are Hakkei all over Japan. When Hiroshige made woodblock prints of the “Eight Views of Kanazawa,” doing so helped make it perhaps the most famous Hakkei in the Kanto region.

Once celebrated for its scenic beauty of bays and beaches, modern development has made it difficult to make out any of the “Eight Views” today. What we see now in Kanazawa are residences, marinas and a famous sea park.

This article by Lisa Vogt, a Washington-born and Tokyo-based photographer, originally appeared in the March 3 issue of Asahi Weekly. It is part of the series "Lisa’s In and Around Tokyo," which depicts the capital and its surroundings through the perspective of the author, a professor at Meiji University.