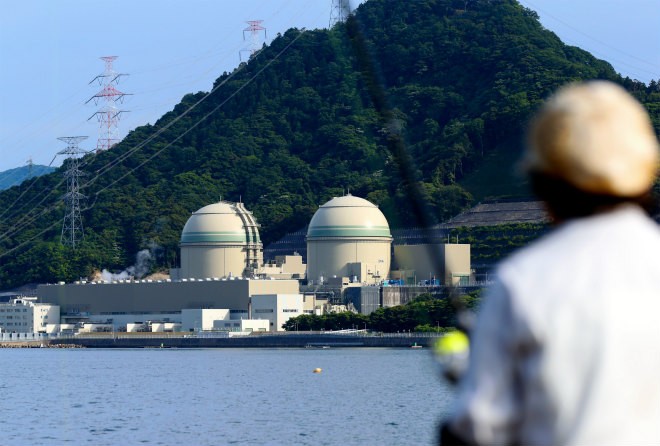 TAKAHAMA, Fukui Prefecture--Kansai Electric Power Co. started removing spent mixed-oxide (MOX) fuel from the No. 3 reactor at its Takahama nuclear power plant here on Jan. 27, but a disposal method has yet to be determined.

It is the first time Kansai Electric has removed spent MOX fuel from any of its reactors.

Shikoku Electric Power Co. began the first such MOX fuel-removal operation at the No. 3 reactor of its Ikata nuclear power plant in Ehime Prefecture earlier this month.

The Takahama plant’s No. 3 reactor has been undergoing a regular safety inspection since Jan. 6. Eighty-one of the reactor’s 157 fuel assemblies will be removed, including 8 MOX assemblies.

The process is expected to be completed by Jan. 29.

The MOX fuel will be kept in a pool at the nuclear plant along with uranium fuel rods.

The reactor currently has 28 MOX fuel assemblies. The 8 units being removed were introduced in December 2010.

The remaining 20 units will continue to be used for commercial operations of pluthermal power generation that started in January 2011.

Kansai Electric also plans to use its Oi nuclear power plant in Fukui Prefecture for the project.

However, the utilities and the central government, which is pushing pluthermal power generation, have not specified sites or methods for the disposal of spent MOX fuel.