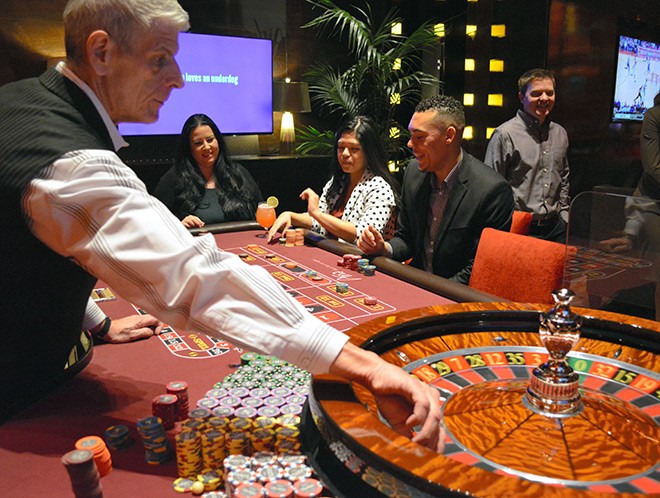 The public has little appetite for proposed integrated casino-resort projects with 64 percent of respondents in an Asahi Shimbun survey calling for a freeze of the government's plans.

However, 20 percent of respondents in the Jan. 25-26 telephone survey favored moving forward on the issue.

The approval rate in January was 38 percent, which matched the December figure. But the disapproval rate came to 41 percent, barely unchanged from 42 percent in December.

Integrated resort projects that will feature gambling are much in the public eye following the arrest in December of Tsukasa Akimoto, a ruling Liberal Democratic Party lawmaker, on suspicion of receiving millions of yen in bribes from a Chinese company that wanted a slice of the pie.

Akimoto was a former senior vice minister at the Cabinet Office in charge of promoting the project.

Abe, who has rejected opposition calls for an investigation into the matter, insists that integrated resort-casino projects are essential to lure more tourists and has made clear he intends to proceed with the issue.

However, the survey result shows strongly rooted opposition to the idea among the public. Another key finding was that even among respondents who support the Abe Cabinet, 50 percent favored freezing the project while 36 percent were for pushing ahead with it.

Even among those who agreed in principle with setting up integrated resorts, 29 percent said it is better to freeze the process.

The Asahi Shimbun received responses from 2,166 people whose home or mobile telephone numbers were selected by a computer at random. Respondents who answered on landlines came to 1,060, and mobile phone users totaled 1,106 people.

The survey also covered a number of other issues that are in the public eye right now.

With regard to the Abe administration’s response to a scandal over tax-funded cherry blossom viewing functions, 73 percent of respondents said they are not convinced, while 14 percent said they are convinced.

Moves by the Abe administration to revise the pacifist Constitution garnered 32 percent support, with 50 percent against. Among unaffiliated voters, 22 percent agreed and 55 percent disagreed.

With regard to the latest Maritime Self-Defense Force mission to waters in the Middle East, 43 percent agreed and 37 percent disagreed.

Asked which party they would vote for in proportional representation constituencies if a Lower House election was held now, 37 percent cited the LDP.

Fifteen percent would vote for the Constitutional Democratic Party of Japan (CDP) while junior coalition partner Komeito got 6 percent support, the same figure given for the Japanese Communist Party (JCP) and Nippon Ishin (Japan Innovation Party).

The Reiwa Shinsengumi party was favored by 4 percent of respondents; 3 percent went to the Democratic Party for the People (DPP) and 2 percent to NHK Kara Kokumin o Mamoru To (Party to protect the public from NHK).

Among respondents who disapproved of the Abe Cabinet, 31 percent would vote for the CDP; 13 percent for the JCP; and 8 percent each for the LDP and the Reiwa Shinsengumi.