VOX POPULI: As coronavirus spreads, we must not succumb to panic and rumor 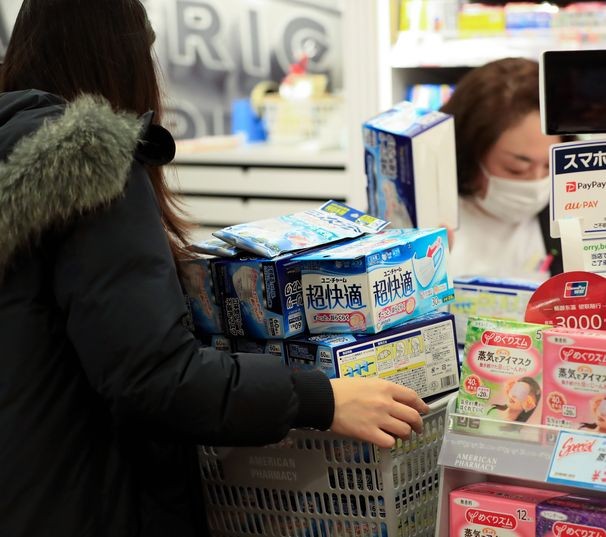 A tourist from China purchases a large number of face masks at Narita Airport before departing from Japan on Jan. 24. (Asahi Shimbun file photo)

Just the other day, I saw a Chinese tourist walk out of a store in central Tokyo with a large purchase of face masks. I immediately thought of the Chinese city of Wuhan, the epicenter of the latest virus outbreak.

And whenever I hear Chinese being spoken on the train, I instinctively wonder where in China the speakers are from.

In a new development, a Japanese citizen who had never visited Wuhan was confirmed to be infected with the new coronavirus on Jan. 28. Also on the same day, a Japanese government charter plane took off for Wuhan (to evacuate about 200 Japanese nationals).

With the ranks of infected people swelling by the day, I recall the nightmarish outbreak 17 years ago of a "mysterious pneumonia" known as SARS (severe acute respiratory syndrome).

Originating in China's Guangdong province, the virus spread to Hong Kong where a mass infection occurred at a hospital.

All sorts of rumors swirled, such as that setting off firecrackers or eating green pea soup will prevent infection. I heard the locals recall them while I was stationed in Hong Kong several years ago.

The new type of pneumonia that is scaring the world now can be called a "relative" of SARS. And sure enough, the old rumor about firecrackers is back.

Also, a false report that started circulating in both Japan and China claimed that a tourist from Wuhan fled from Kansai International Airport, but this has since been refuted by airport authorities.

According to a research survey, the social psychology of Hong Kong during the SARS outbreak underwent progressive transformation from anxiety to fear, terror and panic. Even the normally staid adult population was affected by baseless "tips" on how to protect themselves from the virus and refused to leave home, which turned the city's busy commercial quarters into ghost towns.

This, the research concluded, was the result of the entire population, including members who were normally calm and objective, being overtaken by panic.

In this day and age, rumors trail viruses and cross national borders. But it is precisely at anxious moments such as now that we must examine our state of mind and remind ourselves not to give in to panic.