1st Japanese back from Wuhan; 5 taken to hospital with signs of flu 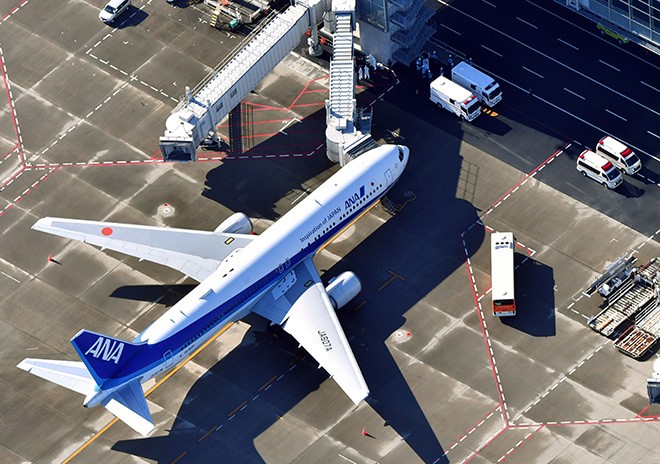 A special charter flight carrying about 200 Japanese from virus-stricken Wuhan arrived at Tokyo's Haneda Airport on Jan. 29, and four were immediately rushed to a hospital after showing flu-like symptoms.

A second flight to evacuate hundreds of Japanese who remain in the city of 11 million could take off later in the day, if all goes well.

Three individuals on the first flight, which left Wuhan before 6 a.m. and arrived at Haneda at about 8:40 a.m., had a fever above 37 degrees. Another was coughing, according to sources.

The four taken to Ebara Hospital in the capital's Ota Ward were three men aged between 30 and 60 and a woman in her 50s.

The government-chartered flight to the central Chinese city, which has been on lockdown since last week to contain the virus, left Haneda around 8:30 p.m. the previous evening.

The aircraft departed Wuhan with 206 Japanese on board. A number of doctors and health inspectors on the aircraft checked the passengers, finding four with symptoms of infection.

The death toll from the new coronavirus already exceeds 100, with nearly 6,000 infected globally. Six cases of infection have been confirmed in Japan, according to the health ministry.

The passengers who arrived showing no symptoms were transported by a government-provided bus to the National Center for Global Health and Medicine in the capital's Shinjuku Ward. They entered the center through a separate entrance and were tested for infection.

One woman in her 50s was taken to Komagome Hospital in Bunkyo Ward on the afternoon of Jan. 29. The hospital is part pf the Tokyo Metropolitan Cancer and Infectious Diseases Center.

The others were asked to remain at home or in accommodation provided by the central government until they are cleared of having the virus. They will not be allowed outdoors for one week and were asked to refrain from unnecessary outings for a further week.

Officials will check on them daily to confirm their health condition. Those found to have symptoms caused by the virus, such as a fever and respiratory problems, will be transported to a medical institution in Tokyo that specializes in infectious diseases to undergo further tests.

The means of transportation will be provided by the government or the companies the people work for.

The central government classified the coronavirus as a "designated infectious disease" earlier this week.

About 650 Japanese nationals in Hubei province, where Wuhan is located, wanted to return to Japan as of the morning of Jan. 28, according to the Foreign Ministry.

The 206 on the first flight were mainly those who lived near the airport or the seafood market, where the virus is believed to have first spread.

At an Upper House Budget Committee session on Jan. 29, Prime Minister Shinzo Abe said: "We'll ensure that adequate health care is provided to those who have returned to Japan. We will do our utmost to prevent the further spread of coronavirus infections."

It is the first time that the government has chartered an aircraft to repatriate its nationals due to the spread of an infectious disease in another country.

The government intends to evacuate all Japanese nationals in Wuhan who desire to return and officials are coordinating with Chinese counterparts for additional flights as early as Jan. 29.

A number of Japanese companies with employees in Wuhan indicated that several of their staff members are making efforts to return to Japan.

Mizuho Bank Ltd. officials said one of its Japanese employees in the city was on the first flight. The other was a local branch manager and will remain there to keep operations running.

A number of MUFG Bank Ltd. branch employees were also scheduled to board the first flight, but company officials have yet to confirm if they were on board.

One of the officials said those who return to Japan will be asked to visit a hospital for tests and remain at home for the time being.

A company official of Honda Motor Co., which has three factories in Wuhan, said: "Japanese employees have been returning from Wuhan. Those who return are following protocols set by the government."

About 30 employees and their families were scheduled to be on the first charter flight, but Honda officials did not disclose how many have returned.

While many Japanese employees remain in Wuhan to ensure factories continue running, Honda officials said they do not known when operations will fully resume, given the rapid spread of the coronavirus.

Major retailer Aeon Co., operates five supermarkets in Wuhan, with a total of 12 Japanese employees based there. While the company is allowing the individuals to leave, officials have yet to confirm the number of those who have returned to Japan.