It’s bigger, but will we love new JR Harajuku Station? 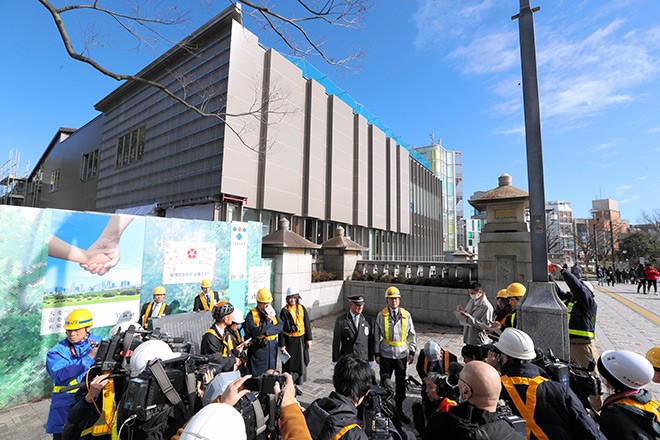 With Harajuku Station, Tokyo's oldest wooden train station slated to be demolished after this summer's Olympics, curiosity is high over how its replacement, now under construction, will measure up when it debuts March 21.

Media representatives on Jan. 29 were given a tour of the site in the capital's Shibuya Ward, where the new Harajuku Station is going up adjacent to the current one on the JR Yamanote Line, which loops around central Tokyo.

The new two-story station, which will have four times the original station's floor space, will be built over railway tracks to the south of where the current building stands and will include an existing platform.

A convenience store is planned on the first floor and a cafe on the second.

The new station will also feature a west exit near Meiji Shrine, in addition to the current Takeshita Exit and Omotesando Exit (east exit).

Despite calls from local residents to preserve the original station, East Japan Railway Co. (JR East) announced last year it will go ahead and demolish the historic wooden structure, citing concerns over its ability to meet fire safety standards.

JR East has said it will construct another building at the site of the original station by recreating designs of outer walls and other parts of the current European-style building. The original structure features an iconic small spire on its roof, and was completed in 1924 during the Taisho Era (1912-1926).