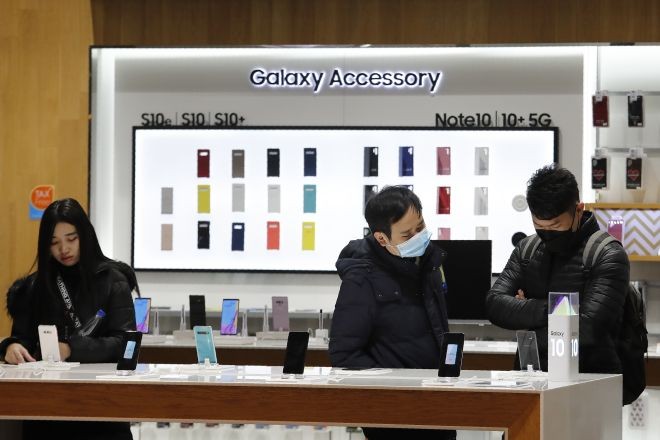 SEOUL--Samsung Electronics Co. said Thursday its operating profit for the last quarter fell 33.7 percent from a year earlier but it predicted earnings will improve in 2020, driven by a gradually stabilizing computer chip market and increasing 5G smartphone sales.

The South Korean tech giant reported an operating profit of 7.16 trillion won ($6 billion or 658 billion yen) for the October-December quarter. The company’s revenue for the quarter rose 1 percent from a year earlier at 59.9 trillion won.

Samsung, the world’s biggest producer of smartphones and semiconductors, has suffered a sharp drop in profit over the past year with an industrywide glut forcing chipmakers to slash prices to clear out inventory. The company’s operating profit for the full-year 2019 was measured at 27.8 trillion won, representing a 53 percent drop from 2018.

Samsung said in a statement that the global market for memory chips is showing signs of gradual improvement thanks to increased demand from data centers and sales of 5G smartphones.

“Looking ahead to 2020, Samsung expects improvements in overall business performance but also sees continued uncertainties in the global business environment,” the company said, without specifically addressing what those challenges are.