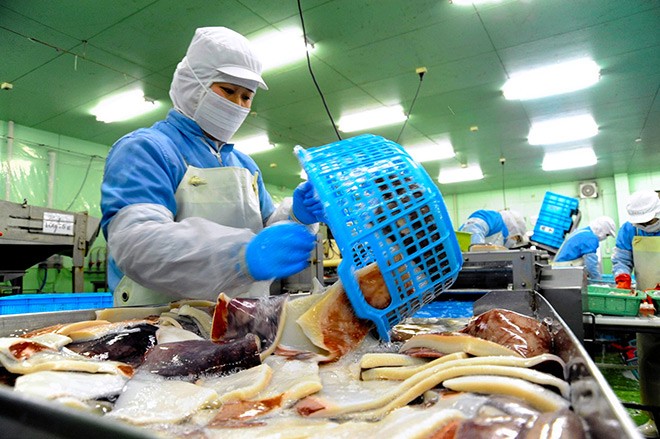 A record 1.65 million foreign nationals were working in Japan in 2019 for the seventh straight year of increase, the labor ministry said Jan. 31.

It turned out the figure was not due to much hyped claims by the Abe administration that foreign nationals would come flocking to Japan to work following the introduction of a new specified skills visa that took effect from April. Only 520 foreign nationals were working with that status as of Oct. 31.

In contrast, technical intern trainees chalked up the largest rate of increase, rising by 24.5 percent to about 383,000 workers. The program has drawn much criticism that it is simply a ruse to exploit a shortage in the labor force because of the harsh working conditions many foreign workers face.

The labor ministry said 1.65 million foreign workers were in Japan as of Oct. 31. The figure represented an increase of about 198,000 workers, or 13.6 percent, from a year earlier.

The number of foreign workers has been increasing annually by about 200,000, and the total number has more than doubled in the five-year period since 2014.

Technical intern trainees made up the largest category of foreign workers in 29 of the nation’s 47 prefectures, reflecting a labor shortage caused by a declining population in regions such as Tohoku, Chugoku, Shikoku and Kyushu.

Those who worked outside of their visa status, mainly students holding down part-time jobs, totaled around 372,000, an increase of 8.5 percent. The rate of increase was the lowest since 2012 when the figure fell off dramatically following the earthquake and tsunami disaster that triggered a nuclear meltdown the year before.

A teacher at a Japanese-language school said the low rate of increase among students holding part-time jobs was likely due to the stricter evaluation of student visa applications after it emerged that a large number of students at Tokyo University of Social Welfare could not be unaccounted for last year because they had simply dropped out to find work rather than study.

Among reasons for the low number are the lack of tests that would qualify foreign nationals to obtain the visa as well as slow preparations by companies seeking to hire such workers due to cumbersome procedures involved in being able to enter Japan in the first place.

The largest category of foreign workers were those with permanent residence or have Japanese roots, making them long-term residents. There were about 531,000 foreign workers in that category, an increase of 7.3 percent over 2018.

The government has been actively seeking out foreign nationals with highly advanced skills in research, business management and other areas, which explains the 18.9 percent rise in that category to about 329,000.