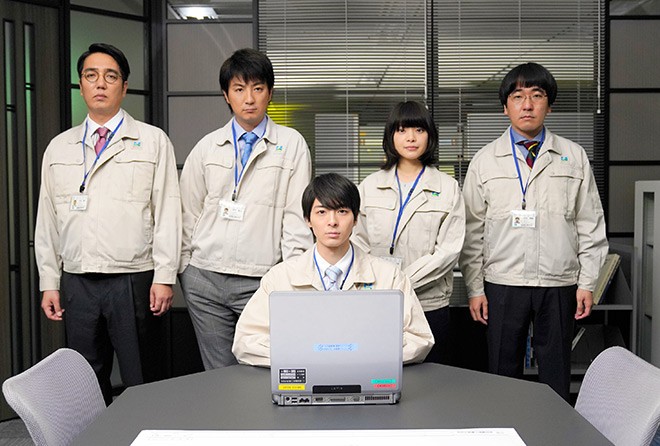 I am partial to business-themed movies, especially those with low-key characters who are bona fide professionals.

In the 1997 Japanese film “Rajio no Jikan,” whose English title is “Welcome back, Mr. McDonald,” the character I found cool was an engineer in charge of sound effects.

As for the 2016 “Shin Godzilla,” I enjoyed it as a film about civil servants going about the daunting task of challenging this iconic monster.

“Maeda Kensetsu Fantasy Eigyobu” (Maeda Corporation Fantasy Marketing Department), which is currently showing at theaters in Japan, is set at a real-life construction company of that name.

The company seeks to prove its technological expertise to the world by designing a subterranean storage facility for the anime super robot Mazinger Z.

The plot unfolds around a young engineer who tries to develop the design based on his tunnel-digging know-how.

Totally immersed in his own world, all he cares about is “digging a good tunnel safely,” and he argues his case passionately.

The film is based on a true story, and the processes by which the design was developed and the costs were estimated were disclosed on a website.

Large construction companies have a bad rap for engaging in collusion and other shady business practices. The film’s producers wanted to correct that image by presenting some “honest” work being done by dedicated professionals.

Following the storage facility for Mazinger Z, the company designed a railway track from which the iconic anime train Galaxy Express 999 takes off on its space travel.

The verse goes on to list other items someone else made and that we take for granted in everyday life, such as food, roads and schools. Each of these things exists because of the work being performed by many people.

Problems arise in the corporate world when it overemphasizes profitability and sometimes commits professional negligence.

I hope businesses will remember to return to the basics whenever necessary by reviving their passion for and professional commitment to “making safe and high-quality products” while cutting down on costs.