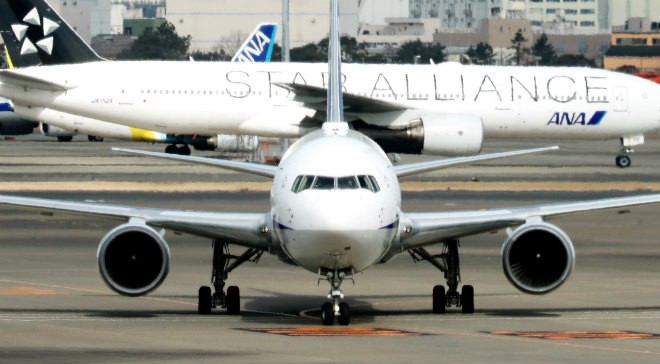 China started getting antsy when Japan arranged a fourth charter flight to rescue its nationals in Hubei province, where the coronavirus is raging, because it feared a possible domestic backlash over plans to allow spouses of Japanese nationals with Chinese or Taiwanese passports to leave.

Authorities were mollified somewhat by Japan's decision to provide thousands of face masks and protective clothing to China. The delivery of the relief supplies was reported widely in China and led to a rare improvement in pro-Japanese sentiment.

Japanese officials said the fourth chartered flight out of Wuhan on Feb. 7 was by far the trickiest to date because of fears of a political and social backlash in China.

Wuhan, with a population of 11 million, has been in lockdown mode since Jan. 23, meaning travel into and out of the city is prohibited.

Seventy-nine of the 198 passengers on the government-chartered flight that left Wuhan and landed at Tokyo’s Haneda Airport were mainly spouses of Japanese nationals, who held Chinese or Taiwanese passports.

A government source involved in the negotiations with Chinese officials characterized the fourth charter flight as “a mission of a totally different quality than the first three flights” that brought back 565 people, nearly all of them Japanese nationals residing in Wuhan.

Chinese officials were more reluctant to allow Chinese spouses to leave Wuhan, given the lockdown notice.

“Chinese officials were worried about triggering negative public opinion” if those Chinese spouses were perceived to have received preferential treatment, a source said.

In those negotiations, Japanese officials requested that humanitarian consideration be given so as not to separate family members.

To build trust with their Chinese counterparts, officials decided to limit the first few charter flights to Japanese nationals as there was no danger of them facing political obstacles.

Adding momentum to the Japanese requests were the thousands of face masks and protective clothing sent to China on the planes that brought back Japanese nationals.

“We never intended those supplies to have a tactical significance, but it ended up lowering the hurdle for bringing back others” from China, said an official involved in the negotiations.

Another problem involved those living outside Wuhan in Hubei province. The travel ban on Wuhan residents meant Japanese Embassy officials could not escort them to the airport for the flight out.

Hubei residents were asked to find their owns means of transportation to Wuhan airport. Embassy officials asked Chinese authorities to provide vehicular transport as well as special permits to let them pass through the checkpoints set up for the lockdown.

These and other steps helped the 118 people residing outside Wuhan to board the fourth flight to Tokyo.

At the same time, others have decided to remain in Hubei for work-related and other reasons.

Providing support to those individuals will be another issue that the government will need to deal with, sources said.