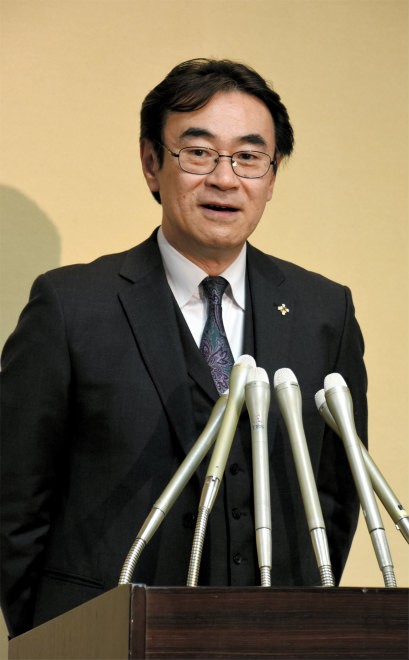 Prime Minister Shinzo Abe's response to criticism about his Cabinet's decision to postpone the scheduled retirement of a top public prosecutor seen close to the government has again raised eyebrows.

It has highlighted afresh the fact that the Abe administration does not understand the rule of law and the importance of the Diet in a democracy.

During a Feb. 13 Lower House plenary session, Abe said the government had decided to change its traditional "interpretation" of a law to delay the mandatory retirement of Hiromu Kurokawa, chief of the Tokyo High Public Prosecutors Office, by six months beyond his 63rd birthday.

The government is responsible for carrying out its administrative work according to laws enacted by the Diet, "the sole law-making organ."

The Cabinet must not be allowed to effectively change a law at its own discretion without offering any detailed explanation about the act.

When the Cabinet, in an unusual move, decided at the end of January to extend Kurokawa's tenure by six months shortly before his scheduled Feb. 7 retirement, the decision was decried as the administration's outrageous attempt to manipulate the appointment of top prosecutors.

The Cabinet rejected the argument by invoking a provision in the national public service law to grant a delay of retirement under certain circumstances.

Opposition party lawmakers pointed out, however, that when the law was revised in 1981 to extend the mandatory retirement ages of public servants, the government specifically said the revision would not apply to public prosecutors.

When asked about this, Justice Minister Masako Mori gave a surprising reply, saying she was not familiar with the minutes of the 1981 Diet session in which the chief of the recruitment bureau of the National Personnel Authority made that comment.

Despite this statement, Mori continued to defend the government's decision, arguing that "the national public service law can be applied" to Kurokawa's case.

Even after a senior official at the National Personnel Authority said the organization's interpretation of the law has remained unchanged since 1981, Mori refused to change her position.

Abe, apparently after realizing that the government's argument does not hold water, acknowledged the government's past view about the matter and said the official interpretation has been changed. This is a scandalous political snafu over such an important issue.

The administration's confused response to the outcry over the decision has called into question its ability to perform its functions and raised serious questions. Did the Cabinet make the decision after carefully examining the law and the legislative process in detail? Did the National Personnel Authority or the Cabinet Legislative Bureau not take exception to it?

Does the Abe administration really understand why the Diet spends so much time and energy on deliberating bills?

When a bill is submitted to the Diet, its members, working as the representatives of the people, check the necessity and objectives of the envisioned law as they listen to the explanations by the proposer of the bill. If there is vagueness about any part of the text, the Diet members try to clarify the meaning by establishing a clear interpretation or, if necessary, revise the text.

The views and opinions expressed by the proposer of the bill during debate on the legislation are regarded as binding interpretations of the provisions that both people and government agencies are required to comply with and serve as guidelines for their actions. These views and opinions are also considered when judicial decisions based on the law are made.

This point is all the more relevant to this case because it involves the public prosecutors office law, which is designed to define the qualifications and responsibilities of public prosecutors who have huge powers and put them under public control.

If there is good reason to postpone the retirement of a prosecutor, the law should be amended to allow the action.

In the past, the Abe administration reversed the long-established official interpretation concerning the Constitution simply through a Cabinet decision to open the door to Japan's exercise of its right to collective self-defense.

Its arrogant behavior with regard to the retirement age issue is the same in nature as that appalling action. The administration's attempt to delay the high-ranking prosecutor's retirement amounts to an attack on the foundation of democracy and is totally unacceptable.