VOX POPULI: Time will tell whether cruise ship was truly a ‘virus incubator’ 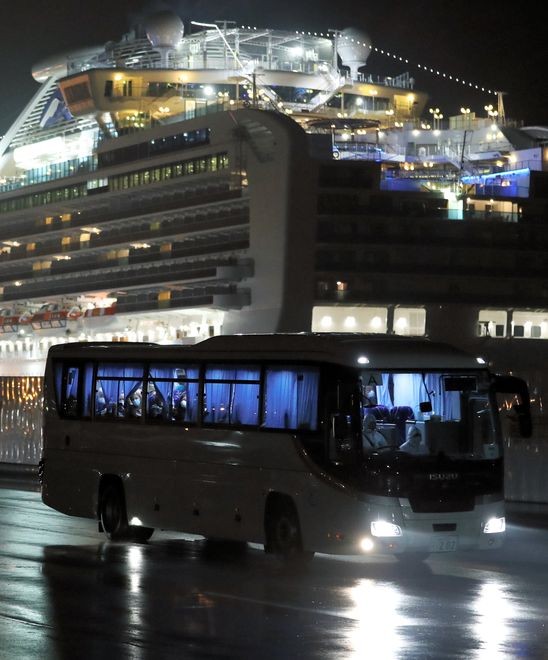 Quarantined passengers aboard the Diamond Princess cruise ship were finally allowed to disembark this week.

But once off the ship, what awaited American citizens and other nationals could not be more dissimilar.

The Americans were flown home on chartered flights and attended to by medical professionals in hazmat suits.

They are to remain quarantined at military bases for two weeks before they can finally go home.

Three days after the Americans were evacuated, some 400 more passengers who were still on board were allowed to leave.

Since they had tested negative for the new coronavirus, they were free to take trains and other means of public transportation to get home.

These two sharply contrasting situations mirrored how U.S. authorities and their Japanese counterparts perceived the conditions on the ship while it remained quarantined at Yokohama Port.

The Americans believe that the steps taken to contain the infection on board were inadequate.

For this reason, they are of the view that the evacuated passengers have merely been removed from "the hot spot," and that they should remain under further observation.

The Japanese, on the other hand, maintain that sufficient measures were taken to prevent infection.

Initially, the United States and various international organizations supported the Japanese policy of keeping the passengers quarantined on board.

But this changed when the number of infected passengers spiked. The World Health Organization noted that the situation had changed, and that the infection had clearly spread unexpectedly on the ship.

Did the Japanese government lack flexibility in handling the outbreak?

The Washington Post cited some experts as calling the ship "a perfect virus incubator."

This is pretty strong language. But I might not feel that way if I came across it outside of Japan. And the two fatalities among the passengers have just been reported .

What was really happening on board? If saving face is prioritized over thorough investigation, the battle with the virus will be lost even before it begins.