Princess Aiko to enter Gakushuin University in Tokyo in April 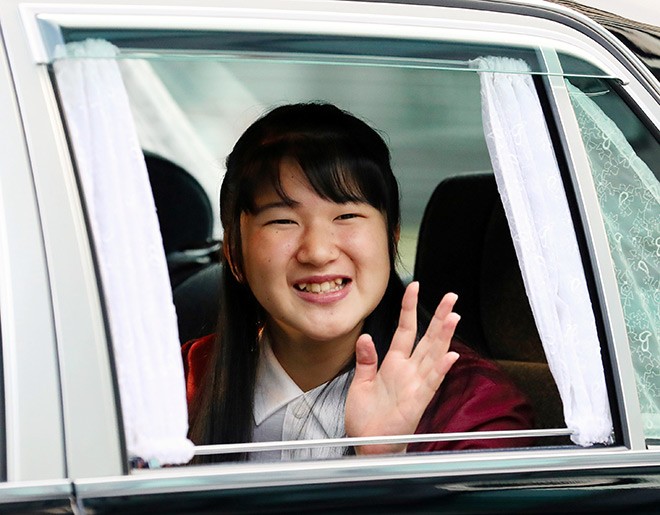 Princess Aiko, the only daughter of Emperor Naruhito and Empress Masako, will attend Gakushuin University in Tokyo from April, following in the footsteps of her father and many other family members, according to the Imperial Household Agency.

Aiko, 18, was admitted to the Department of Japanese Language and Literature of the university’s Faculty of Letters, the agency announced Feb. 21.

Aiko, who is in her third year at Gakushuin Girls’ Senior High School in the capital, is now writing her graduation paper.

Numerous members of the imperial family, including Emperor Emeritus Akihito, Naruhito and Crown Prince Fumihito, studied at the university.

Since Princess Mako and Princess Kako, daughters of Fumihito and Crown Princess Kiko, graduated from International Christian University, royal watchers had been speculating about which university Aiko would attend.