69 new infection cases confirmed; 57 of them from virus-hit ship 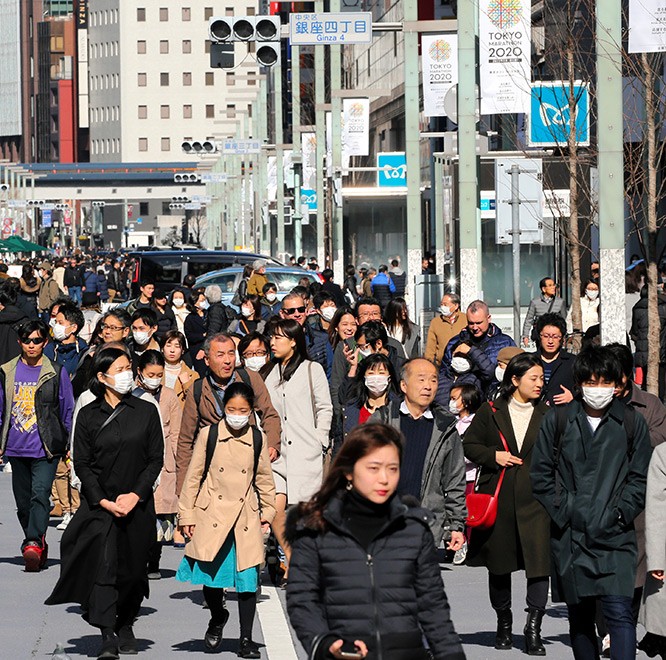 Health authorities confirmed 69 new coronavirus cases Feb. 23 and said that 57 of them became infected while aboard the Diamond Princess cruise ship that is in quarantine at Yokohama Port.

In Hokkaido, nine men and women ranging in age from their 20s to 80s were confirmed to be infected with the deadly virus. A female student in her 20s listed in critical condition is using a ventilator to breathe. She has never been abroad.

Another case involved an office worker in his 70s who lives in Sapporo. Officials were trying to ascertain if he had traveled overseas recently or been in close contact with people already infected.

Ebetsu city authorities in Hokkaido, the nation's northernmost main island, said a local woman in her 50s who tested positive Feb. 22 worked at an elementary school in the city preparing meals. They said she did not have direct contact with pupils.

In Chiba Prefecture, a man in his 40s who had been commuting daily to Tokyo to work tested positive. The man first complained of joint and muscle pain on Feb. 12, but he continued to work in Tokyo and took business trips to Hiroshima and Gifu prefectures. Prefectural authorities are trying to determine the source of infection and trace those who may have come in contact with him when he was working and travelling.

In Nagoya, a man and a woman in their 70s were found to be infected. According to the city government, they stayed at the same indoor facility used by a woman in her 60s who was confirmed to be infected after returning from Hawaii. They said they did not have close contact with her.