Lisa’s In and Around Tokyo: 'Umami' tour delves deep into Japan's savory seasoning 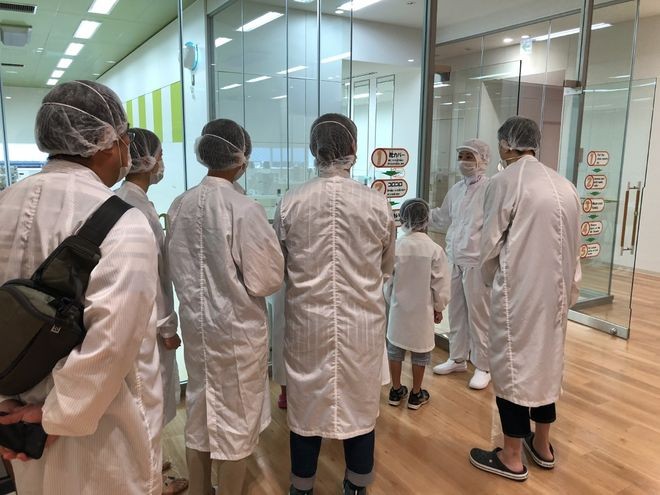 How many tastes can the average person recognize? Let’s see, for one, there’s sweet. There’s also sour, salty and bitter. And a combination of these tastes. Are there any others?

OK, then how would you say umami in English? I’d go with “savory” or “deliciousness.”

The word umami is a Japanese loanword commonly used in English nowadays, alongside tsunami, sushi, emoji and futon.

What these foods have in common is that they include glutamates, which bind to our tongue receptors that then send happy signals to the brain.

In crystalline form, glutamates are called MSG, or monosodium glutamate. Umami is loved and exalted while MSG is sometimes considered controversial.

The predecessor of Ajinomoto was founded in 1907 as a subsidiary of a pharmaceutical company by Saburosuke Suzuki (1867-1931) to enable his business partner, Kikunae Ikeda (1864-1936), a professor at Tokyo Imperial University, to sell his newly invented MSG seasoning.

At Umami Science Square in Kawasaki, you can learn about umami and the company history. I enjoyed seeing old Ajinomoto bottles and advertisements.

As a child growing up in California, I remember my mother liberally sprinkling seasoning from a small red-capped bottle on almost everything.

If you plan ahead, you can join by prior appointment its Hondashi course, Ajinomoto course or CookDo course and learn everything about umami and Ajinomoto’s flagship products.

Donning a mask, hairnet and white suit, we entered the mock lab. Once inside, we had to wear plastic shoe covers, roll the lint remover all over our bodies, wash our hands, go through an air shower to remove any remaining dust particles and finally disinfect our hands with alcohol.

In the Ajinomoto course that I joined, we each made a bottle of “My Aji Panda” to take home.

Going through a checklist, we inspected the bottle, red cap and inner sifter cap, then made sure the contents weighed between 5.9 and 6.3 grams and that no metal was detected inside.

At the end of the 90-minute course, we all received a packet of Hondashi and a box of CookDo twice-cooked pork seasoning mix, and everyone left with smiles on their faces.

I’m not much of a pork eater, so I made twice-cooked chicken instead, and ended up eating three bowls of rice with it.

This article by Lisa Vogt, a Washington-born and Tokyo-based photographer, originally appeared in the March 1 issue of Asahi Weekly. It is part of the series "Lisa’s In and Around Tokyo," which depicts the capital and its surroundings through the perspective of the author, a professor at Meiji University.