Despite Abe’s request, some schools to remain open next week 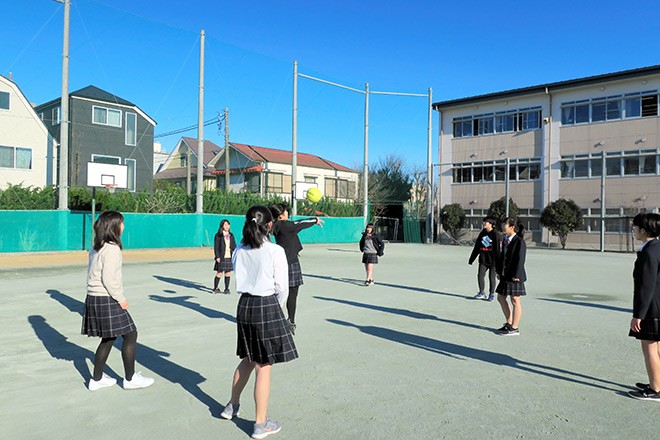 Junior high school students in Tokyo’s Setagaya Ward gather before classes on Feb. 28 to play on the school ground for probably the last time before graduation. (Asako Miyasaka)

A number of local governments are defying Prime Minister Shinzo Abe’s abrupt request to close all schools from March 2, citing time constraints and the potential negative effects on working parents.

Abe issued the request on Feb. 27 as part of emergency measures to halt the spread of the new coronavirus in Japan. The move caught many schools and parents off-guard.

A day after Abe’s request to keep schools closed until the start of spring break, the Kanazawa city government in Ishikawa Prefecture in central Japan announced that schools within its jurisdiction would continue classes next week.

“I would not be able to make a responsible explanation as a politician if I ordered schools that did not have any infected individuals to also close,” Kanazawa Mayor Yukiyoshi Yamano said at a news conference.

He said the major reasons for the decision were that working parents with elementary school children would face the most problems from a shutdown, and small businesses could be hit hard if employees have to take time off to care for their school-age children.

The board of education of Ibara in Okayama Prefecture also said the 13 elementary schools in the city would continue holding classes from March 2. The decision was made at a Feb. 27 meeting attended by the mayor and board officials.

“We considered the effect on households where both parents work and who would be unable to do so if they had to leave elementary school children at home,” a board official said.

There have been no confirmed coronavirus infections in the western Japan prefecture.

Other municipalities were still pondering their course of action.

Masaharu Kosuga, who chairs the board of education at Ichinoseki, Iwate Prefecture, said at a Feb. 28 news conference, “It is unrealistic to close schools from Monday (March 2).”

The board in the northern Japanese city decided that more time was needed to instruct students on what to study at home if their schools are closed. It also said schools require additional time to prepare for the new school year that starts in April.

Classes will be held on March 2, but the schools could be closed on March 3 at the earliest, the board said.

A similar decision was made by Takayama city in Gifu Prefecture.

Officials in Kawasaki, just southwest of Tokyo, plan to close city-run schools from March 4, while Naha in Okinawa Prefecture decided to shut down municipal elementary and junior high schools between March 3 and 13.

Following Abe’s announcement, the education ministry sent out notices to all prefectural boards of education on Feb. 28, asking that they close schools.

The directive said local authorities were free to decide on the period of the closure or how it is carried out after taking into account the circumstances of the region and the schools.

But the directive urged prefectural boards of education to: instruct schools to advise students to remain at home and avoid locations where many people congregate; ensure students are not disadvantaged regarding promotion to the next grade or a higher level of education; ensure that children with disabilities have somewhere to go; and hold senior high school entrance exams while taking measures to prevent the spread of infection, such as providing disinfectant spray and instructing exam takers to wash their hands before the test.

The latest notice came just three days after the education ministry sent out a directive asking schools to aggressively consider closing if a student is confirmed infected with the coronavirus or if such a case has arisen at a nearby school.

Education minister Koichi Hagiuda said the latest directive represented a much broader policy direction taken by the government, and he indicated the ministry had not expected such a major change so soon.

“We made the decision because we felt that amid the extremely pressing time constraints, the government had to assume full responsibility to make a decision,” Abe said at a Feb. 28 Lower House Budget Committee session.