Medvedeva to skate as Sailor Moon in anime-themed ice show 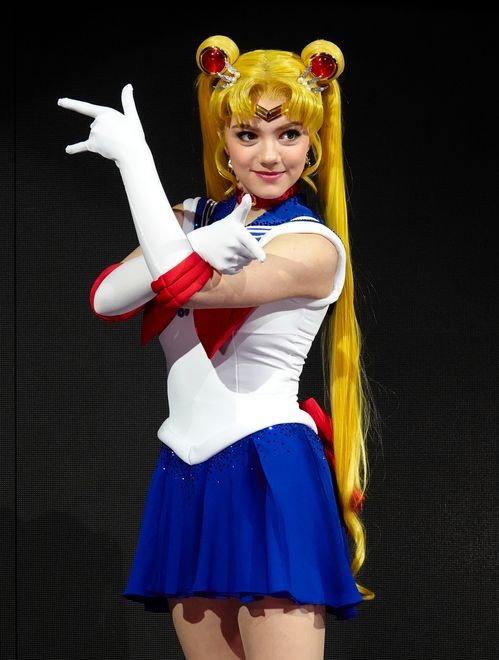 Who knew that Sailor Moon had a superpower to skate like an Olympian?

But in an upcoming episode, the anime superheroine flashes that ability, courtesy of Russian figure skater Evgenia Medvedeva.

The Pyeongchang Olympic silver medalist will live her dream to play Sailor Moon in an ice show in Yokohama in June.

"I'm happy to be Sailor Moon on ice skating because this is my favorite anime and ... because skating is my life," said Medvedeva, 20, during a news conference on Feb. 13 where she donned a Sailor Moon costume. "And I would love to combine everything of this, and I'm so happy and excited."

The Pretty Guardian Sailor Moon: Prism on Ice show will be held on June 5-7 at the Kose Shin Yokohama Skate Center in Yokohama.

The figure skating star played Sailor Moon for an exhibition skate themed on the anime character a few years back, but she performed with her naturally dark hair.

But for the upcoming show, she will be wearing a yellow wig, which she said made her feel more like being the real Sailor Moon.

She admitted that she had reservations about the wig reaching her waist.

"I was not sure of it because I would have to jump with this, spin with this ... But now when I'm wearing this, I feel like it is pretty light. I love this costume," Medvedeva said with a smile.

When asked what she and Sailor Moon have in common, she said that her mood changes so quickly and that she can be extremely happy and funny but feel sad several minutes later.

"When I fall on the ice so awkwardly, it is like her falling during a fight. Something is pretty similar," she added.

The young star also said that after she came to Japan, she would get up at 4 a.m. before dawn every day to go for a walk around the hotel because she loves watching the city as it gradually awakens for the day.

Medvedeva also said she hopes to express Usagi's cheerfulness, adding that she is determined to practice hard to play Sailor Moon in a closer manner to the real one.

Satoko Miyahara, 21, a member of the Kansai University Ice Skating Club, and other top skaters will also appear in the ice show.