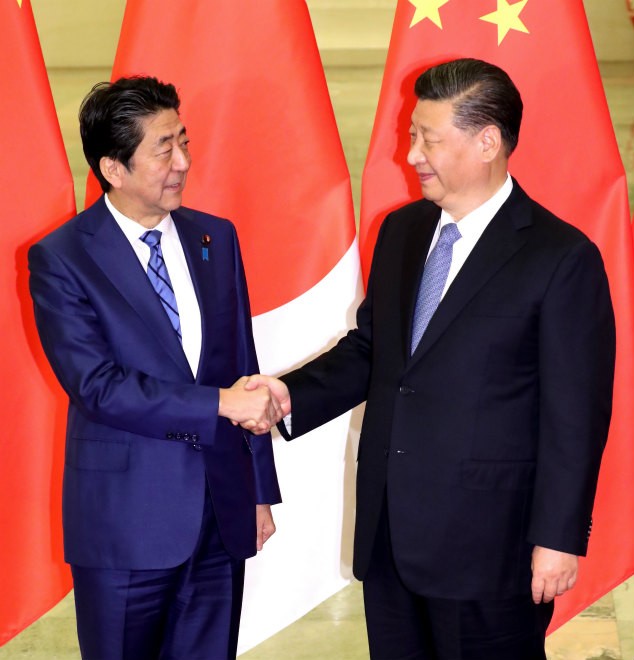 Japan and China agreed in principle to call off a planned state visit to Japan in early April by President Xi Jinping so the two countries can focus on fighting the coronavirus outbreak.

Officials will reschedule the visit for around autumn when Prime Minister Shinzo Abe and Emperor Naruhito both have openings in their calendars, sources said.

An official announcement of the postponement will be made this week, according to a government source in Tokyo.

Yang Jiechi, a Chinese Communist Party Politburo member who is the nation’s top diplomat, held meetings with Japanese government officials Feb. 28 to lay the groundwork for the visit.

Abe alluded to the postponement at a Feb. 29 news conference. Noting that Chinese presidents tend to visit Japan only once in a decade, he said, "we need to ensure the trip will bear fruit.”

The last state visit by a Chinese president was by Hu Jintao in 2008.

The two governments are working to define a new era in bilateral relations ahead of Xi's planned visit with the creation of a major political document, the fifth of its kind since the countries normalized diplomatic relations in 1972.

The coronavirus outbreak that originated in China and is spreading in Japan has thrown a monkey wrench into the diplomatic schedule.