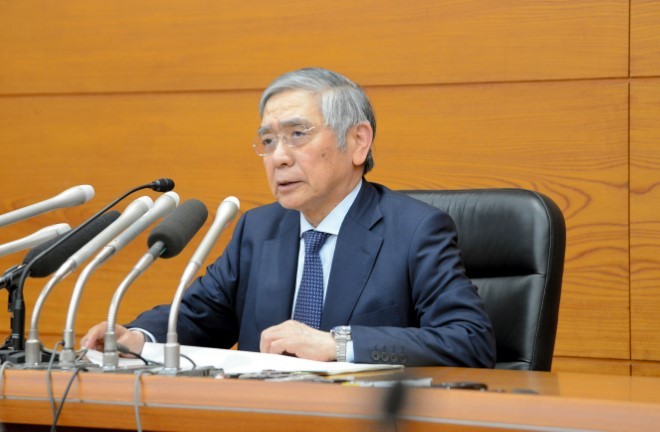 TOKYO/FRANKFURT/WASHINGTON--The world’s top three central banks look set to take steps to limit the economic damage from the fast-spreading coronavirus, with the heads of the European Central Bank and Bank of Japan issuing emergency statements on Monday that echoed one from U.S. Federal Reserve Chair Jerome Powell late last week.

The day kicked off with BOJ Governor Haruhiko Kuroda pledging to take actions as needed to stabilize markets jolted by the coronavirus outbreak, and ECB President Christine Lagarde followed suit late in the day with a comparable statement. Powell on Friday promised the Fed would “act as appropriate” to support the U.S. economy.

“We stand ready to take appropriate and targeted measures, as necessary and commensurate with the underlying risks,” Lagarde said in a statement issued shortly after U.S. stock markets closed. “The coronavirus outbreak is a fast-developing situation, which creates risks for the economic outlook and the functioning of financial markets.”

The reassurances from the world’s leading finance officials were a main catalyst behind Monday’s global rebound in stock markets, which had suffered breathtaking losses in late February as it became evident the virus would not be contained to its original epicenter in China.

Powell, Kuroda and Lagarde will also join finance ministers and other central bankers from the world’s seven largest economies on a call Tuesday to discuss the widening crisis. The virus has spread to 60 countries, killed more than 3,000 people and has upended global supply chains.

What action they will take and how soon remains an open question, especially given that all three are already operating with precious little ammunition in their policy arsenals. Of the three, the Fed is the only one with a policy interest rate above zero, and between them their balance sheets are stuffed with more than $14 trillion (1,513 trillion yen) of assets.

Nonetheless, economists and investors have taken their statements and the hastily organized Group of Seven (G-7) call as a strong signal that coordinated policy action is coming sooner rather than later.

“The news of tomorrow’s G-7 finance minister and central banker call to discuss a coordinated response clearly increases the potential that the Fed could move this week,” JPMorgan’s chief U.S. economist Michael Feroli said in a note.

“Arguably the FOMC (Federal Open Market Committee) should do even more than the 50 basis points expected by us and the market.”

Pricing in interest rate futures tied to the Fed’s policy support a 100 percent chance of a half percentage-point rate cut at the Fed’s March 17-18 meeting, and another half a percentage point-cut by July. The Fed’s current overnight borrowing rate is set in a range of 1.50-1.75 percent.

Goldman Sachs’ economists Jan Hatzius and Daan Struyven said the Fed may not wait until its scheduled March meeting, however.

“Chair Powell’s statement on Friday suggests to us that global central bankers are intensely focused on the downside risks from the virus,” Hatzius and Struyven said in a note.

WHAT ELSE CAN THEY DO?

There are doubts about how effective rate cuts could be.

That is partly because of the nature of the threat: Central bank and fiscal policy can boost demand by lowering the cost of borrowing and putting money in people’s wallets. But they cannot repair disrupted global supply chains or convince people to fly, attend meetings or even go to school, especially if local governments or companies bar such activities.

Indeed, with rates in Japan and Europe already in negative territory, those doubts are even more amplified, suggesting the BOJ and ECB will seek alternatives to simply cutting rates.

Lagarde’s hint that the bank would take “targeted” measures suggests it could opt for tools that more directly impact the ailing economy, such as ultra cheap loans tailored for firms or more liquidity operations to bolster the economy.

They could also include further corporate debt purchases or an increase in the exemption from the ECB’s punitive charge on commercial banks’ excess reserves.

The ECB’s key rate is already at a record low minus 0.5 percent and a reduction would not do much more than signal determination to provide stimulus. Markets have already fully priced in a 10-basis-point rate cut at the ECB’s March 12 meeting.

“The BOJ will monitor developments carefully and strive to stabilize markets and offer sufficient liquidity via market operations and asset purchases,” he said.

That suggested the BOJ, which meets March 18-19, will make full use of existing tools to flood markets with funds, before pondering additional monetary easing steps.