Abe: No experts were consulted for my decision to close schools 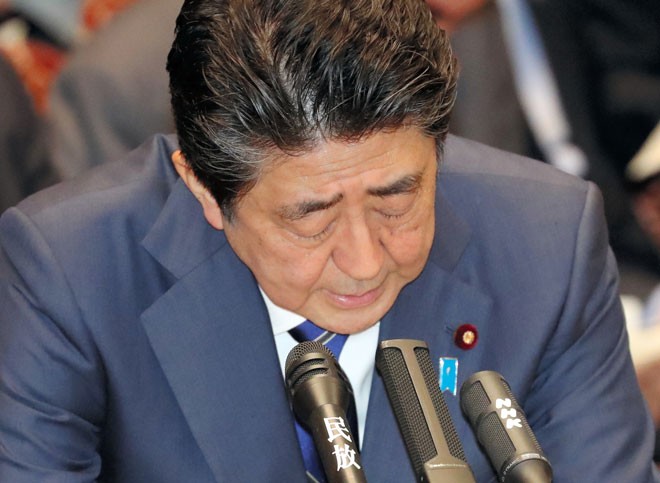 Prime Minister Shinzo Abe responds to a question at the March 2 session of the Upper House Budget Committee. (Takeshi Iwashita)

Prime Minister Shinzo Abe on March 2 admitted that he made his highly criticized decision to seek the closure of all schools in Japan without consulting experts on infectious diseases.

“I did not directly ask for the opinions of experts,” Abe said at the Upper House Budget Committee session.

Opposition lawmakers peppered the prime minister with questions about the process behind his decision that affects 13 million students and their parents nationwide.

Specifically, they asked if a government panel of experts that had released a list of measures last week to help prevent a further spread of the new coronavirus was consulted during that process.

While admitting that he did not seek the experts’ advice, Abe mentioned that some local governments, such as Hokkaido and the Ichikawa municipal government in Chiba Prefecture, had decided to close schools in their jurisdictions.

“I made the decision under my responsibility because we did not have the luxury of taking our time in coming up with a decision,” Abe said.

Abe on Feb. 27 asked all elementary, junior high, senior high and special-assistance schools to remain closed from March 2 to the beginning of spring break, a request that caught educators and parents by surprise.

Abe was asked if there was a scientific basis for assessing a lower risk of infection at after-school care service centers in comparison with the schools.

The prime minister said it would be difficult to make an epidemiological assessment.

Katsunobu Kato, the health minister, was also asked which of the two--regular classes at school and after-school care services--had a higher risk of spreading infections.

Kato said the current situation made it difficult to state which one carried a higher risk.

Education officials at the local level were not impressed with Abe’s unilateral decision on closing all schools.

Nobuhiko Takeuchi, chairman of the board of education in Ikeda, Nagano Prefecture, posted his negative feelings about the top-down decision on his Facebook account.

“I feel strong dissonance to the trend of having lower levels obey decisions made by the central government, which is the most removed from children and schools,” Takeuchi wrote.

He explained that the Ikeda education board had decided to close schools in its jurisdiction from March 4 to give students some time to prepare for the abrupt shutdown.

Takeuchi said the post had received a large number of responses, indicating that similar concerns were held by others working in the education field.

The Society for Public Education Planning, an organization consisting of teachers from elementary schools up to universities, also issued a statement dated Feb. 29 criticizing Abe’s decision.

The statement said local governments should be allowed to make independent decisions about school closures.

It also said that announcing a policy that carries such an enormous impact without indicating specific measures to deal with the aftereffects was “a political performance.”

A group of teachers also set up an internet site on March 1 that provides information about the decisions of various local governments concerning Abe’s school-closure request.

The Abe administration has been criticized at home and abroad over its initial response to the coronavirus epidemic that has spread from China, particularly the health ministry’s handling of the virus-hit Diamond Princess cruise ship on which hundreds of people were infected.

The prime minister indicated that he would seek a revision to a special measures law that was enacted in 2013 to deal with new types of influenza. The revision would allow the government to declare a state of emergency on the grounds that the coronavirus outbreak would have a major effect on people’s lives and the domestic economy.

A high-ranking government official said that Abe would meet with opposition party leaders over the next few days to seek cooperation in passing legislation to help deal with the virus.

If a state of emergency is declared, prefectural governors can ask local residents to refrain from making unnecessary outings, as well as request or give instructions on restricting the holding of various events.

(This article was compiled from reports by Sachiko Miwa, Natsuki Okamura, Yukio Kondo and Fumio Masutani.)