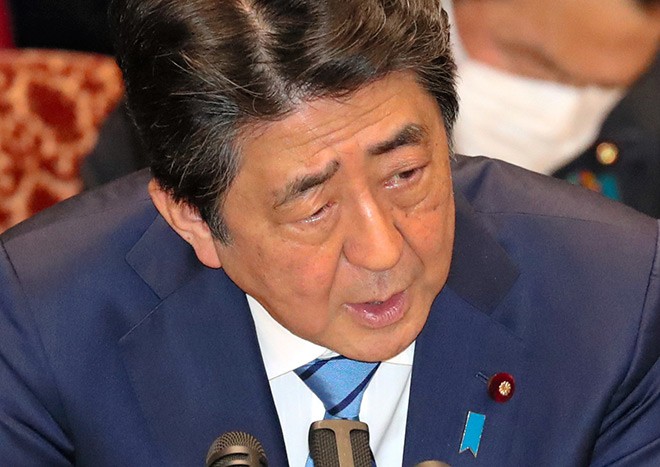 Prime Minister Shinzo Abe was set to meet with opposition party leaders on March 4 to press for a legal revision that would give him more power to deal directly with the coronavirus outbreak.

The revision would add the novel coronavirus to a law that took effect in 2013 to counter new types of influenza. Under that law, the prime minister has the authority to declare a state of emergency, enabling prefectural governors to instruct residents to remain indoors and restrict the use of schools or venues where various events are planned.

Government sources said the administration intends to submit the bill to the Diet on March 10 and pass the revision next week.

However, some opposition party lawmakers were raising doubts about whether further measures to restrict public activities are necessary.

Abe has already asked organizers to refrain from holding sporting and cultural events. He also abruptly requested all schools in Japan to shut down as a measure to prevent the spread of the virus.

However, those announcements had no legal backing, and some education boards decided to delay the school closures beyond the March 2 request made by Abe.

Hiroshi Moriyama, chairman of the LDP’s Diet Affairs Committee, met with Jun Azumi, his counterpart in the Constitutional Democratic Party of Japan, on March 3 and requested a meeting between Abe and Yukio Edano, the CDP leader.

Abe will also meet with the leaders of the Democratic Party for the People, Nippon Ishin (Japan Innovation Party), the Japanese Communist Party and the Social Democratic Party.

During the March 3 Upper House Budget Committee session, Abe asked the opposition parties for their cooperation in passing legislation to revise the 2013 law.

The Abe administration initially wanted a Diet member to submit the bill, which would allow for passage without the normal questioning of government officials in a Diet committee session.

But opposition lawmakers demanded an opportunity to inquire about the contents of the planned legislation, so the ruling coalition agreed that the Abe Cabinet would submit the bill.

It is very rare for the ruling coalition to hold meetings with the leaders of opposition parties to seek their cooperation on legislation.

In August 2012, when the Democratic Party of Japan was in control of the government, it asked for and gained the cooperation of the opposition Liberal Democratic Party and Komeito to pass legislation on raising the consumption tax rate.

Abe met with the leader of the Democratic Party in April 2016 to gain consent for compiling a supplementary budget specifically to deal with the damage caused by a series of earthquakes that struck Kumamoto Prefecture.

(Ryo Kiyomiya contributed to this article.)