Japan: Images of Fukushima, Chernobyl a no-go at U.N. event 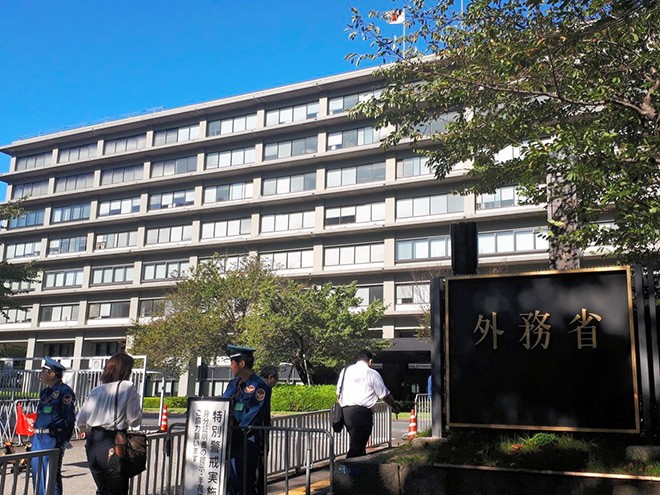 The Foreign Ministry says it cannot sponsor an exhibit by hibakusha atomic bomb survivors at the United Nations because it contains panels about the Fukushima and Chernobyl nuclear disasters.

Members were baffled because the ministry did not state its reasons for objecting to the displays other than that “one of three pillars of the Nuclear Non-proliferation Treaty is the peaceful use of nuclear power.”

Moreover, the ministry sponsored similar exhibits since 2005 by survivors of the 1945 atomic bombings of Hiroshima and Nagasaki.

At a meeting on Feb. 19, ministry officials bristled over two panels explaining the meltdowns at Chernobyl in 1986 and Fukushima in 2011, and told organizers “the ministry cannot sponsor the (exhibit).”

The exhibit, scheduled to open on April 27, was organized by Nihon Hidankyo (Japan Confederation of A-and H-Bomb Sufferers Organizations) and jointly hosted by Hiroshima and Nagasaki city governments.

They have held the exhibit once every five years to coincide with the NPT Review Conference held at the U.N. headquarters in New York.

Hidankyo members said they had a "hard time understanding the (ministry’s position) because there were panels about the nuclear accidents at the previous (2015) exhibit,” Sueichi Kido, Hidankyo's secretary-general told The Asahi Shimbun.

The ministry sponsored the past three exhibits.

Kido said the group and the United Nations had already agreed on the exhibition content, adding that with or without the ministry’s sponsorship, the exhibit would go on as scheduled without changes to the content.

Foreign Minister Toshimitsu Motegi refused to discuss the ministry's position on the matter.

“The issue has been under review accordingly by the ministry and I cannot comment on the exchanges with (Hidankyo) at this time,” Motegi said at a news conference on March 3.