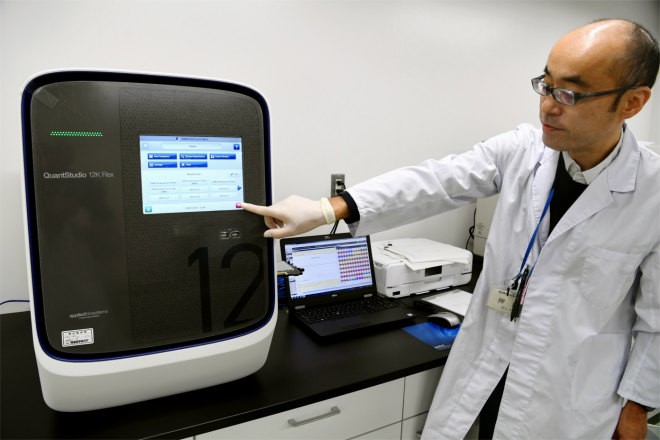 Public health centers around Japan rejected about 30 requests from doctors to test their patients for the new coronavirus, many for unknown reasons, according to the Japan Medical Association.

The doctors association released its findings at a news conference on March 4 after public outrage erupted over strict government guidelines that denied tests to possible carriers of the contagion.

The JMA said it is still counting the number of rejections and will compile a full report on March 13 or later.

Currently, a polymerase chain reaction (PCR) test is the only way to check patients for the new coronavirus in Japan.

The publicly funded tests are conducted by local governments under the infectious diseases control law and must first obtain approval from a public health center.

According to the JMA, the centers refused to conduct tests in five of the 30 or so cases because the conditions of the individuals were not considered serious.

Another test was denied because the patient had not been in close contact with infected individuals, the JMA said.

The reasons for the test rejections in most of the other cases were unknown.

The health ministry said its rules on who could be tested were in place to give top priority to those who appeared to have developed COVID-19, the disease caused by the novel coronavirus.

But following the criticism, the ministry announced plans to start carrying out doctor-recommended tests that do not require approval from a public health center.

The ministry will also have the coronavirus tests covered under the national health insurance program, meaning patients will have to pay only part of the costs. Public funds will cover the out-of-pocket expenses for the time being.

The ministry will continue the tests that involve assessments from the health centers.

More people will likely be able to check if they have been infected if private companies start offering tests after they are covered by the national insurance program.

The ministry initially planned to apply the insurance program to the tests on March 5, but it pushed back the start to March 6 because it needed more time to make the necessary arrangements.