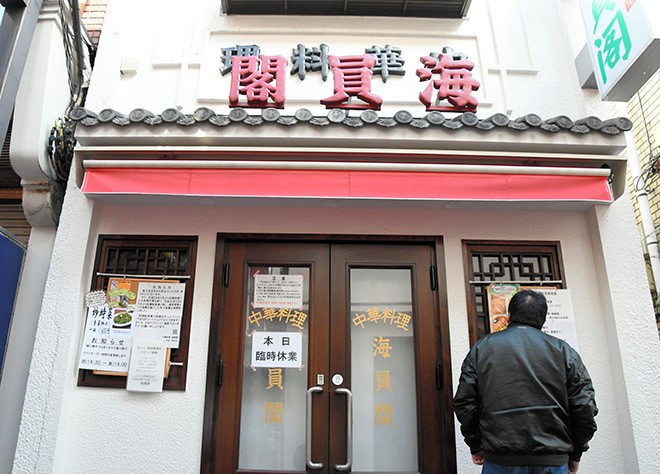 YOKOHAMA—Hate-filled letters insulting Chinese people as “germs” and telling them to leave Japan were sent to at least four restaurants in Yokohama’s Chinatown, an area that has reported zero infections of the new coronavirus.

The anonymous letters carried stamps bearing postmarks from areas in Tokyo, such as Ueno and Shinagawa.

The contents were the same and written in red on A4-sized paper: “Chinese people are garbage! Germs! Devils! Nuisance! Get the hell out of Japan now!”

The letters added to the pain of workers in the area whose businesses have suffered from a decline in visitors since the coronavirus outbreak started spreading around Japan, according to the Yokohama Chinatown development cooperative association.

“I felt disconsolate and beyond angry,” a worker in Chinatown said.

Business operators in Chinatown often receive harassing phone calls and letters whenever social problems related to China emerge, according to the association, which has about 400 members.

The owner of Kaiinkaku, a Chinese restaurant, on March 4 tweeted the contents of the letter he received. Many replies offered words of kindness and encouragement for Chinatown.

“Chinatown is a place that Japanese and Chinese people have created together,” Nobumasa Takahashi, 61, head of the association, said. “People may not be able to come here now, but I hope that they support us at least in their minds.”