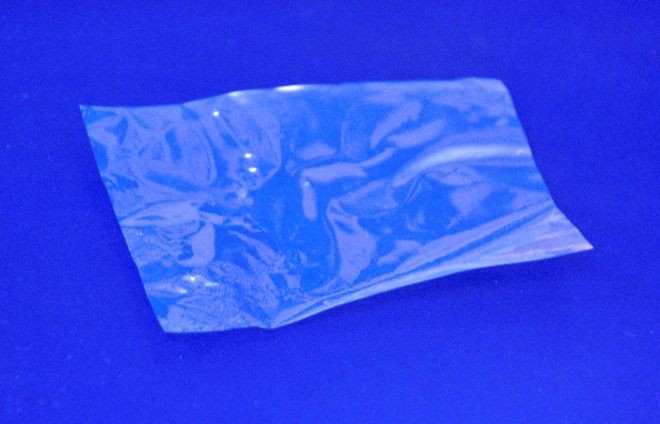 SUITA, Osaka Prefecture--An Osaka University-led team said it has developed a plant-based plastic that can decompose in seawater.

The materials are relatively inexpensive, the manufacturing method is simple, and the final product is stronger than normal plastics, the team said.

Moreover, the discovery could help to alleviate the global problem of plastic waste polluting the seas.

“We would first like to use it as food packaging materials, which are very familiar to people and are often contained in the waste in the sea,” said Hiroshi Uyama, a professor of engineering at Osaka University. “I hope that this will be a part of the solution to the issue and raise the interest of people.”

The materials were dissolved in water, spread thinly and then turned into a transparent sheet through heating.

One sheet is about 100 micrometers thick, and it has more than twice the strength of widely used plastics made of polyethylene, according to the team.

The researchers placed a sheet in seawater swarming with micro-organisms. One month later, it had been torn to shreds, the micro-organisms membranous aggregate formed on the surface.

Other plastics that can be decomposed by living creatures have been developed, but few of those plastics have been decomposed in seawater that contains fewer micro-organisms, compared with land.