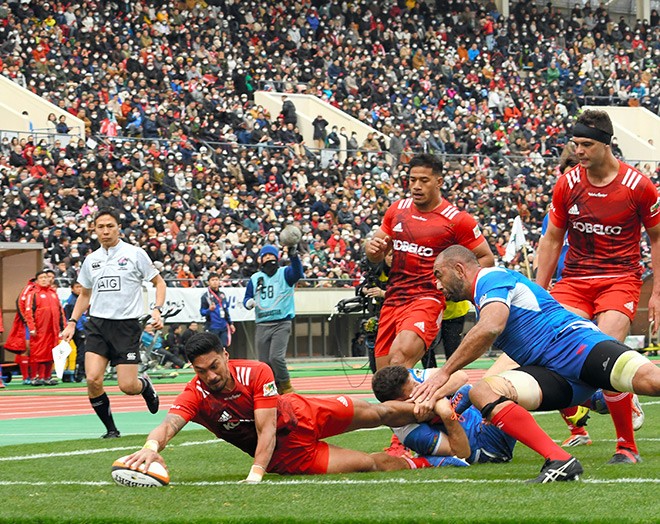 The Top League is canceling the remaining matches of the season to help stem the spread of the coronavirus. (Asahi Shimbun file photo)

Japan’s Top League is canceling the remaining 42 matches of the season to help stem the spread of the coronavirus and safeguard the health of players and spectators, organizers of the rugby union competition said in a statement on Monday.

League organizers also said the step was necessary as many players would be returning to their home countries.

With nations all around the world closing their borders, several Top League players, including former Wallaby Matt Giteau, have already been allowed to return to their native countries so they can reunite with their families.

The 103-cap veteran Giteau, who plays for Suntory Sungoliath, had urged the league authorities to take swift action over the future of the league season.

“There are more important things than rugby right now,” Giteau had posted on Twitter.

“I love living and playing here in Japan but not to the extent of being locked out of Australia away from my family until June.”

More than 14,600 people have died since the coronavirus outbreak began in China late last year.

The Japan Rugby Football Union had already suspended the competition for three weeks following the arrest of a Hino Red Dolphins player for drug use.