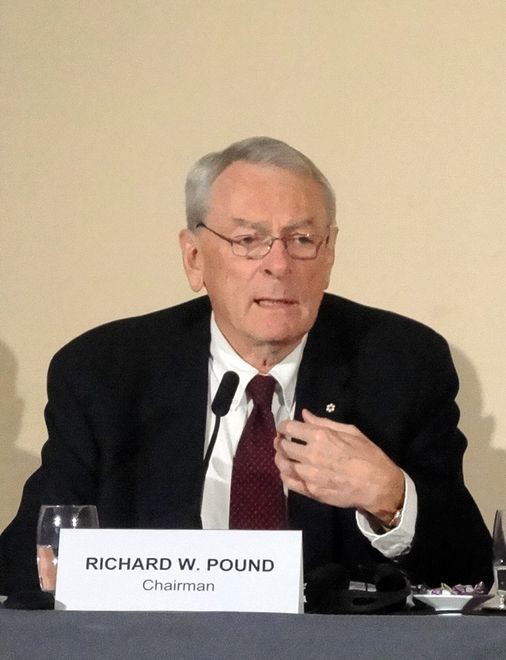 The International Olympic Committee (IOC) speaks its own language and no-one understands it better than senior member Dick Pound, who told Reuters on Monday that a communique setting out a four-week deadline to decide the fate of the 2020 Tokyo Games translated into a postponement.

While no official decision has been taken, Pound explained that the message coming out of an emergency IOC meeting on Sunday was clear -- the 2020 Tokyo Olympics, set to run July 24 to Aug. 9, will not be held this year due to the coronavirus crisis and will be postponed until 2021.

"That's my conclusion (there will be a postponement)," Pound told Reuters in a telephone interview, decoding the IOC statement.

"From reading IOC-speak in the communique, if you are going to cancel you simply cancel because there are no future plans.

"But if you are going to carry on with the original objective (to stage the Games) there is no reason to issue a statement because you have already done that over the past several weeks.

"Look at the Japan situation. You have the prime minister talking about postponement, so you then come to the P word, 'postponement', and the four-week delay is probably what you need to come up with a preliminary plan in favour of the postponement.

"What else is there?

"It is a general sort of language but that's what you do if you are an international organisation trying to leave yourself as much flexibility as you can."

Pound explained that in understanding the IOC message there is a need to connect the dots.

If the IOC wanted to cancel and walk away from an Olympics in Japan it would have done so, but the four-week window indicates to the 78-year-old Canadian, the IOC's longest-serving board member, that plans are being put in place.

Pound also noted that the IOC would have accomplished little, and probably created more chaos, if it had said there was a plan to postpone the Games and hold them next year, without actually having one in place.

That would have added to the uncertainty and anxiety that has led a number of countries, including Canada and Australia, to have already announced the withdrawal of their athletes from a 2020 Olympics.

Moving an Olympics is not as simple as picking a date and saying it will be held then, said Pound.

The Japan organising committee, broadcasters, sponsors, athletes, sports federations, who may also have to shift or cancel competitions to accommodate a 2021 Summer Games, all will need to be consulted and heard before a plan can be decided on.

Some of those dominos have already begun to fall with World Athletics saying on Monday that they would be willing to move their 2021 world championships scheduled for Aug. 6-15 in Eugene, Oregon, to clear a path for a 2021 Olympics.

"What you need to do is say, alright this is what it is going to look like and we have to talk to the Japanese first of all to make sure they are still interested in going ahead," said Pound.

"If so, what adjustments to the 2020 plans would they have to make and (to) the international sports federations, if they are postponed, there would be some disruptions to your 2021 schedule and is that ok.

"There is a ton of things that have to be discussed and negotiated in something as complicated as the Olympics.

"This (coronavirus) is clearly not something that is going to be under control by June or July and probably not by the end of the year, so a one-year postponement looks like the best interim solution you can devise.

"No one wants to cancel the Games."