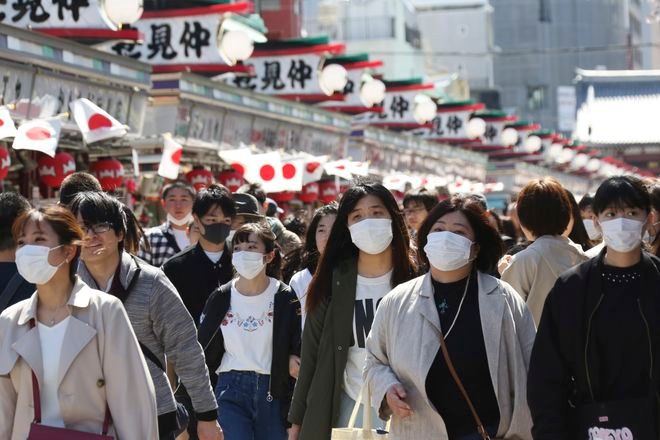 Infectious disease experts guiding the Japanese government’s response to the coronavirus outbreak sounded the alarm on Tuesday that people are not taking the threat seriously.

Over the three-day holiday this past weekend, Tokyo’s public parks were full of people at cherry blossom-viewing parties while the K-1 kickboxing organization held matches before 6,500 fans at the Saitama Super Arena.

Large-scale events risk a resurgence of coronavirus cases that have been held in check to date in Japan, according to Hiroshi Nishiura, a professor of infectious disease epidemiology at Hokkaido University.

“If behavior returns to normal, there could be an explosion of cases like what’s happened in the United States and Europe,” Nishiura wrote in commentary published on Yahoo Japan on Tuesday. “In particular, once major events have resumed in an endemic area, the outbreak can grow out of control.”

Nishiura is part of a panel that last week advised that school closures and other restrictions could begin to be lifted. Tokyo Governor Yuriko Koike on Monday warned that the capital could still be locked down and called on event organizers and residents to exercise restraint.

“At present, I think citizens are not facing this epidemic with a sense of crisis and the impact of their actions on one another,” Nishiura wrote.

The outbreak has now infected more than 377,000 globally with over 16,500 deaths linked to the virus. Japan has had 1,140 cases and 42 deaths, according to Japan Broadcasting Corp. (NHK), and there is growing concern that the Tokyo 2020 Olympics will have to be postponed.

Particularly risky environments are those that are enclosed, have low ventilation, and where large groups of people are talking or shouting, said Hitoshi Oshitani, another panel expert and professor of virology at Tohoku University.

That means cherry blossom viewing, known to the Japanese as “hanami,” is probably fine, but “K1 should not be done,” he said.

If Japan can prevent an “overshoot”--an explosive rise in virus cases--it still faces the risk of reinfection from overseas, Oshitani said. The first wave of infections originating from China were relatively small, but there is a more serious threat from explosive outbreaks in Europe and the United States.

“We’re expecting that the second wave is much bigger,” Oshitani said.